Kogi and Bayelsa 2019 Guber: A Tale of When the Two Sides of A Coin are Bad 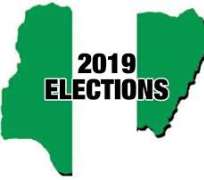 Kogi and Bayelsa States are the attention hubs of many Nigerians at the moment ahead of the forthcoming gubernatorial elections scheduled to hold in November this year. In these two States, political permutations are high. Many aspirants cutting across the ruling All Progressive Congress (APC) and the major opposition party, the People's Democratic Party (PDP) have purchased nomination forms which cost them a fortune running into several millions of naira. APC Nomination Forms/Expression of Interest costs 22.5 million naira while that of the PDP cost a total sum of 21 million naira.

Considering the cost of the nomination forms of these two Political Parties, one can only imagine the precarious condition we as a country have found ourselves politically. Governance in sane climes is pure service and not a means of acquiring unjust wealth. In Africa generally and in Nigeria in particular, the opposite is the case. Nigerian politicians are the most subtle and dangerous brand of politicians in the whole universe. They do not lead or render service to the people. They rule. They command. And they unjustly enrich themselves at the expense of the people's wellbeing. Whereas holders of political positions and appointments in sane jurisdictions are servants to the people, their counterparts in Nigeria are the masters while the people are their servants, nay, slaves. And so, to occupy political positions in Nigeria comes at a great cost. Servants (Public officers in the Western world) do not have to pay such expensive amount in order to serve the people but Nigerian political office holders who see themselves as masters and emperors, can stake anything they have to either gain access to power or to consolidate their control over the people who they see as servants if not slaves. And this explains the high cost of nomination forms for aspirants by the APC and PDP. An aspirant who spends 21 million naira or 22.5 million naira as the case may be, on purchase of nomination form alone, not to talk of the moneys that would be expended during the primary elections, election campaigns and ultimately, the main election - will only but ensure that he recovers his moneys in hundredfold first if he or she eventually wins the election before attending to any other issue affecting the State however significant.

Beyond any tinge of doubt, both the APC and the PDP have demonstrated (through the exorbitant cost of their respective nomination forms for the gubernatorial elections in Kogi and Bayelsa States) that they are two sides of a single coin in which naira itself is not well pleased. PDP as a party ruled Nigeria for about sixteen years bequeathing to the Nigerian people legacies of corruption and underdevelopment. APC in its own turn has now ruled Nigeria for close to five years giving more births than ever to corruption, insecurity, poverty and hunger. Unfortunately, Nigerians are literally tied to still choose between these two evils! In the same vein, Kogites and Bayelsalites are also constrained based on the current political equations, to elect their Governors from these two infamous political parties come November, 2019. Constitutionaly, Nigeria does not run a two-party system. Even our electoral laws do not suggest that. But, here we are: APC and PDP appear to be the only political parties from which major political positions can be filled in Nigeria except in few instances where unpopular political parties have had their little ways. I still wonder how we got into this gory state of political culture!

Furthermore, apart from the fact that the two major political parties do not have the interest of the masses in their list of priorities, the aspirants themselves under these political platforms are all birds of the same feathers. Most of the aspirants are as infamous as the political parties under which they seek the people's mandate. Never expect a saint in the palace of Satan! Vultures do not gather in the field in vain. With specific reference to Kogi State, majority of the aspirants ahead of November 2019 gubernitorial election in the State are worst than vultures. They are only out to devour the left-over flesh (if any) of Kogi State and to cast its carcass into the Confluence lagoon after satisfying their greeds and selfishness. May it never happen!