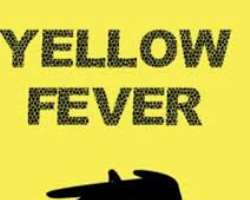 No fewer than sixteen persons have died of yellow fever while so many others are down with the ailment at Ndugele community in Izzi local government area of Ebonyi State.

Ebonyi State Government through the Permanent Secretary designate, State Ministry of Health, Dr. Chris Achi, disclosed this in an interview with Journalists on Friday in Abakaliki.

The disease broke out around 15th of July 2019 in the community, according to government.

Mr. Achi said laboratory test conducted with the samples collected from the victims showed it was yellow haemoragic fever.

He said the state government had contacted the federal ministry of health and the national centre for disease control who had since sent their teams with necessary drugs and consignments to the state.

He added that the affected persons are being treated in a temporary centre created in the community while some were moved to Iboko general hospital and the virology centre Abakaliki.

He explained that the viral infection is transmitted by a specie of mosquito known as aedes aegypti.

Achi said the state government has swung into action to curtail the spread of the disease, adding that sensitization was already on top gear.

He announced that the government would commence yellow fever vaccination in the entire state any time soon.

His words: "Yes, we have confirmed cases of yellow fever outbreak in Ebonyi state. It started around 15th July 2019. It was a member of one of the communities in Izzi local government area that called me one early morning that there were a lot of deaths in his place and the way the people were dying they seemed to be having the same kind of symptoms.

"I called our health workers to know whether there were such case in our facilities but unfortunately, there was none.

"Unfortunately, before this report came to us, we have had about sixteen (16) deaths. So, what we now did is that we moved to the community, notified federal ministry of health and national centre for disease control and they have all been in the state for the past two weeks.

"They came from Abuja with drugs and other consignments which we moved to the Community first with. So, as it happened, we identified one of the MDGs centres at Ndugele in Izzi local government area where we admitted some of them.

"Those of them we couldn't managed there, we took them to general hospital Iboko and some to virology centre.

"We took samples to the centre and confirmed there are cases of yellow fever in the state.

"The problem is that our people have the belief that yellow fever is not treated in the hospital and that is why some of them started visiting herbal homes and that was how the disease spread.

"And thank goodness we were notified early enough and it did not get to town. Had it been it spread to town, it would have been much more difficult to control.

"This yellow fever is viral infection transmitted by a special specie of mosquito (aedes aegypti mosquito) and it tranmits once the mosquito bites any infected person. It has incubation period of three to six days.

"Once it happened, we sensitized the people on what causes it and that all cases must go to health facility where we mobilized our health workers at Ndugele and virology centre.

"The treatment is just conservative because it is a viral infection which is quite unlike Lassa fever that you can use a particular drug to treat. This one is just a supportive treatment.

"We replace blood because, some of the patients lose blood, we give fluids and we treat other underlining infections. We equally take care of the fever and stabilize the person and do barrier nursing of the patients.

"Our next line of action is yellow fever vaccination campaign which we are going to cover the entire state; starting from the affected local government area.

"So, if you check the ages of those affected by this disease, they are those who were born before 2004 or those who didn't receive the yellow fever vaccine. So, the only way we can prevent it is by making sure people get vacinated".