Exclusive breastfeeding as panacea to neonatal and infant death 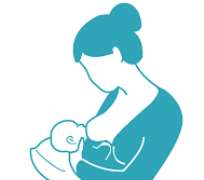 In the past, when children die, people believed that they were Abiku or Ogbanje and this superstitious thought reigned for a very long time until recently that knowledge is evolving.

Simply put, in Yoruba language, Abiku refers to the spirits of children who die before reaching puberty while in Igbo language, the literal translation of Ọgbanje is children who come (born) and go (die). Unfortunately, many innocent children were inadvertently tagged with this malicious and very horrible identity.

Of course, the rate of neonatal and infant death in Nigeria now is still very scary but it was not as terrible as in those days of this primitive mindset. Though, there were no proper records of the neonatal and infant death in the olden days, available account by our parents and grandparents indicated that a woman that gave birth to 10 children may have only two or three alive eventually. The rest that died would be seen as abiku or Ogbanje.

But we now know that majority of those death occurred due to lack of proper management of those children particularly owing to poor sanitation and unsafe water. A Public Health Specialist, Michael Izuchukwu said breast milk contains 88.1% water and cautioned nursing mothers to desist from giving water or any liquid to their children in the first six months of life, saying that neonatal and infant death could be averted when children are properly breastfed.

Michael noted that the well breastfed children have at least six times greater chance of survival in the early months than non-breastfed children. He added that an exclusively breastfed child is 14 times less likely to die in the first six months than a non-breastfed child. He said the baby only need the breast milk to make him or her stay alive, healthy and brilliant. He said exclusive breastfeeding has the potential to save more children's lives than any other preventive intervention. He explained that study has proved that an estimated 13% of neonatal and infant death would be averted if 90% of mothers exclusively breastfed their infants for the first six months of life.

The Director, Department of Nutrition Services & Health Education (DNSHE) of Osun Primary Health Care Development Board (OPHCDB), Dr James Oloyede told the women that most of the deaths of children are avoidable if women in the state practise exclusive Breastfeeding.

Like Osun, other states in Nigeria must take proactive measures to sensitise women on benefits of exclusive breastfeeding and ensure they do it well to prevent avoidable death of children. The efforts of the European Union (EU), United Nations Children Fund (UNICEF), the United Kingdom’s Department for International Development (UK-DFID) and other partners in promoting exclusive breastfeeding in Nigeria are note worthy.

In the North East, the situation is worse especially because of the Boko Haram insurgency that disrupted the means of livelihood of many families in the region to the extent that most children in the North East states are malnourished and are at risk of untimely death. A Nutrition Officer with UNICEF, Dr Martins Jackson said some mothers in the region are being paid certain allowances on a monthly basis as an incentive to persuade them to breastfeed their children.

The Deputy Director/Head of Child Rights Information Bureau at the Federal Ministry of Information and Culture, Abuja, Olumide Osanyinpeju said the Federal Government appreciates the supports of EU, UNICEF and DFID in ensuring bright future for children in Nigeria, particularly in addressing malnutrition and championing the campaign for exclusive breastfeeding.

The UNICEF Communication Specialist, Dr Geoffrey Njoku appealed to the media to do more in calling the attention of government, stakeholders and the entire citizens to the current situation of neonatal and infant motility so as to galvanize necessary actions to change the situation.

In conclusion, the mind bugling figures of neonatal and infant mortality in Osun State demands pragmatic solutions and Governor Gboyega Oyetola must face this reality and address the issue with the attention it deserves. The State Steering Committee on Breastfeeding that was set up by the governor is a good way to start and the committee should come up with workable ideas immediately and it must be implemented without delay. This could be replicated nationwide so as to save the lives of children in Nigeria.