Imo State: Where Slapping, Recovery Are Understood Than Governance 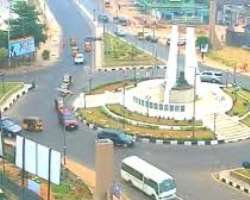 Imo is a state jointly bounded by three geo-political zones of Okigwe, Orlu and Owerri. His Excellencies, Chief Samuel Onunaka Mbakwe governed the state in the Second Republic, (1979 – 1984), Chief Evans Enwerem led the state in the Third Republic (1993) respectively prior to the arrival of the Fourth Republic in 1999.

These periods under review recorded unprecedented boost in the economy of the state. Most of the capital infrastructures currently generating revenue in the state were constructed and built by either Chief Mbakwe or Chief Enwerem when they held sway.

Without sounding judgmental, the state received little or no federal allocation to assist in the payment of workers’ salaries including the realization of other ancillary projects embarked upon by the then government, yet many achievements were recorded.

During the periods, Chief Executives of the state paid much attention to governance than frivolities like recovery, slapping or other jamboree exercises as the case maybe, owing to the fact that corruption was neither formalized nor customized by both the Governor and appointees of the government in the second and third republics. The major impetus for accepting political appointment in the First, Second and Third Republics was the capability of the individual to work sincerely, creditably and assiduously for the development of what we enjoy today (Imo State).

Be that as it may, 1999 ushered in another brand new Fourth Republic with His Excellency, Chief Achike Udenwa (Onwa) as Governor. No doubt, this period witnessed systematic penetration of corruption in the political firmament of the state. The reason may not be unconnected with the pause on civilian rule by the Military which however brought humongous hunger, starvation and penury. Yet, the government of Chief Udenwa recorded myriads of sustainable achievements in the state. The fourth republic followed the fifth, Sixth, Seventh, Eight and currently the Ninth republics.

Regrettably, the issue of non performance on the side of Chief Executives in the state attracted the adoption of vendetta and revenge mission. This idea has done badly to the state than good. No wonder, individuals would complete eight years as Governor of a state as ours without any sustainable achievement to crown the administration apart from frivolities and painted sepulchers in place of projects. This is not only preposterous, exasperating, ludicrous or pugnacious but bizarre, comical and incongruous.

Obviously, a sane person will see it as high-jinks for an alleged looter of social and moral amenities in a state like Imo to possess yet a strong army of powers to confront government committee for the recovery of properties said to have been stolen by the individual (s). This is indeed what my Government Teacher back then in the Secondary School described as ILLEGITIMATE POWER which is ascribed to a “criminal” who comes to your house to rob.

However, an action can be exhibited by cunning “criminal” to divert attention especially, when it is obvious that his/her days are numbered. This could be ascribed to the issue of “Slapping” of a former Chief of Staff wife and the “Recovery” of Government property.

Tactically, the public should be knowledgably smart to reckon that issue like “slap” never came up prior to an attempt by the recovery team of the state government to withdraw some properties of the state from individuals suspected to have been illegally and criminally converted to private use. This idea to recover government properties is commendable but the ovation and sympathy the said “slap” has generated no doubt has reduced the innocence of the recovery team. It is indeed a diversionary tactics to mortgage the conscience of Imolite as well as to curry favour.

To be candid, in our country today, the helpless Nigerians only see, read or informed on Television, Radio, or Newspapers when loots are discovered in Paris, Geneva, America or Britain, but are sidelined when the said widely broadcast “Abacha” loots is recovered. What it is used for and how it was recovered may not be the business of the masses but the business of the leaders. This is indeed a modern digitalized way of scamming the tax payers.

The message in question is that some unholy greedy individuals entrusted with public trust looted the state dry, and not Christianizing or baptizing issue of mere slap. The former should not be allowed to gain credence than the later to avoid rendering the whole efforts of the recovery team to get the state back to work futile and fruitless.

It is very annoying that a state like Imo has become a dumping site where the shout of slap and recovery are capable of outshining the issue of governance. No doubt, the Governor of the state, Rt. Hon. Emeka Ihedioha has allowed the issue of “slap” and “recovery” to divert his attention from rendering governance which is the fulcrum for which he was elected by Imo people.

Every road in and around the state capital is dangerously bad, the ones at the rural level are mostly hit, yet the Governor is keeping quiet with or without any sign that he is ready to hit the ground running having assumed office since three months. The people of the state elected Governor Ihedioha to render good governance and not to be distracted with recovery team. However, since the said committee is recently bedeviled with bribery scam, there is need for the Governor to disband them immediately to give way for governance.

Imo people should not forget in a jiffy that the same way Governor Ihedioha is recovering alleged stolen government properties today was the same way the outgone Governor Rochas Okorocha recovered some government properties when he came on board, a case of HRH Eze Cletus Ilomuanya is a typical example, yet he left the state worse than when he met it.