AHRC: After El Paso and Dayton mass murders, time for the US Government to Re-examine its Approach to American Right- Wing Extremism and White Supremacy: 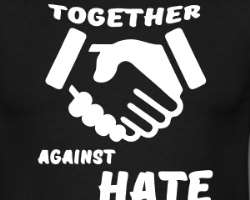 The American Human Rights Council (AHRC-USA) joins the nation in expressing grief and sorrow for the loss of innocent lives in El Paso, Texas and in Dayton, Ohio.

The two heinous crimes in Texas and Ohio within less than 24 hours apart indicate that we have a crisis in this country. Time is overdue for a serious conversation over two issues: Gun violence right-wing extremism and white supremacy.

AHRC calls on President Trump, the US Congress, local and state officials to actively engage will all stakeholders in a unified effort to provide security and prevent violent attacks. The heated rhetoric in this country, especially from top officials, is contributing to divisiveness and creating an environment where acts of hate and violence seemingly have become a daily reality. Heated rhetoric does not solve problems. It aggravates them.

The problem facing this country is not only a law enforcement problem. It is a political problem created by real people, especially those in positions of authority. We should all engage in dialogue and in serious efforts to tackle the real problems this country faces. We have to come up with sensible gun reform that prevents similar future attacks. We also have to take domestic extremism and terrorism seriously.

"Hate is hate and extremism is extremism regardless of the identity of the hated and demonized," said Imad Hamad, AHRC Executive Director. "We hope we as a country have the courage and wisdom to deal with the real issues of gun violence, domestic terrorism and extremism," concluded Hamad.