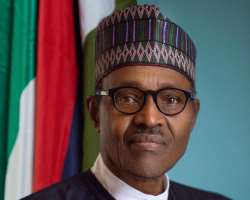 A business organization, Nzenweofor Group has initiated a job creation, economic empowerments programme to support government policies towards tackling unemployment in the society.

This was contained in a communiqué to President Muhammadu Buhari on Friday which was jointly signed by the group’s chairman, Chief Ndubuisi Nzenweofor, Alhaji Danladi Pasali; Chairman, Organising committee and Usman Tanze Danjuma; Secretary, Organising Committee.

The letter which was titled “Synergy for addressing monumental predicaments in the society and award ceremony” and made available to newsmen in Abuja stated that the group was constrained by necessity particularly the security challenges in the polity to adopt the initiative with the purpose of bringing stakeholders together including the private sector to brainstorm the way forward as government alone may not possibly tackle all the numerous crisis.

“Your Excellency, our greatest concern is the number of unemployed youths alongside high population of fresh graduates that are annually discharged from the universities without sufficient job opportunities. Yet, these vulnerable classes were inanely, negligently overlooked by previous administrations.

“Unfortunately, this development undeniably portends grievous implications being witnessed in the society. Interestingly, this initiative synchronizes with Your Excellency’s Next level programme. Hence, such a strategic and concerted action to complement government’s good efforts as it is done in other climes becomes requisite.

“In the light of this, Sir, as a concerned non-government organization (NGO), we are fully convinced that the time for synergy between government and private sector is now; hence, our decision to kick-start the action irrespective of little resources at disposal.

“Consequently, we have painstakingly undertaken to organize a stakeholders’ summit as a contribution to the society targeted to be graced by prominent citizens, captains of industries, stakeholders, distinguished ladies and gentlemen in a whole week programme with recognition/awards on some highly distinguished citizens who on account of perseverance, determinations and diligence rose to the peak of their career as the grand finale.

“Sir, the overriding essence of the awards is to prudently instill hope and inspire young persons to shun idleness, indolence and crimes knowing that hardworking and diligence remain the key to enduring prosperity instead of involving in criminal activities like kidnapping, banditry and other fraudulent activities in the society.

“Thus, some great achievers who industriously rose from zero level to hero will in recognition be decorated with awards as well as giving incentives to nominated diligent skilled persons as economic empowerment aids”, the group stated.

According to the Pasali, the organizing committee meticulously shortlisted 38 recipients for its LACLIC Golden Heroes 2019 award including President Buhari as the LACLIC - Man of the year – 2019 as well as the Special guest of honour. The communiqué was copied to the Secretary to the Government of the Federation (SGF), Mr. Boss Mustapha.

Nzenweofor added that the group considered the initiative towards complementing good efforts of the present administration to minimize crime rate in the country stating the criminalities have gotten to an alarming stage where the private sector must no longer be sitting and watching. Hence, the group’s resolve to show concerns by actions.