Much Ado About "Bow and Go" 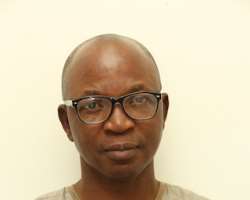 The screening of ministerial nominees by the Senate has come and gone but the dust it raised may take some time to settle. The announcement of ministerial nominations is always greeted with public excitement. And the case was not different this time round too, for obvious reasons. The President needs ministers to help him in running the affairs of the country. When the ministers are in place, it is generally believed the full complement of the Executive is formed for the business of governance to begin in earnest. This is why the nation was eager about the composition of the next Federal Executive Council. President Muhammadu Buhari eventually forwarded the names of his nominees to the Senate for screening and approval last week. The public anxiety continued until last week Tuesday when the list was unveiled at the Senate plenary by Senate President Ahmad Ibrahim Lawan.

The following day, the Senate began the screening after earlier deciding to postpone its recess for the exercise. The prompt commencement of the legislative process by the Senate under the leadership of Senator Lawan is remarkable. It showed the senators were willing to defer their holiday for what they considered a national assignment. And the way they went about it was a clear departure from the past wherein nominees were made to go through some undefined pre-screening rituals before being invited to the Red Chamber for formal screening.

Rather than applaud the Senate for that, a well-known parliamentary practice of giving recognition to former lawmakers, who by virtue of being in parliament before without abusing their integrity had fulfilled the condition for their appointment ab initio, started generating controversy. Eight nominees, out of the 43 on the list, took their turns on Day One. Uchechukwu Ogah, a nominee from Abia State, was the first to be invited into the chamber for screening. For almost one hour, the senators feasted on him. Then former Benue State Governor George Akume, who previously was also Minority Leader of the Senate, took his turn. Standing on his feet looking at Akume in his white babariga as he mounted the podium, the Deputy Senate President, Ovie Omo-Agege, cleared his throat and said: “I rose for only one purpose to ensure that tradition, that convention be respected in perpetuity so that no question here, other than ‘take a bow and go’ propagated by a few of our colleagues, be maintained." The privilege was accorded Akume as a former two-term senator.

Akume’s case is interesting. Between 2007 and 2015, he not only had his seat well marked, as others, in the Senate, he also took part in the screening of nominees of the President more than twice. “I rise to support that he should be asked to take a bow and go, given his length of service in this chamber,” said Distinguished Senator Omo-Agege. It was obvious the DSP spoke the minds of his other colleagues. The President of the Senate then came point-blank on the issue: "Let me also remind us that it is a tradition here to give this privilege, this concession to senators who served in this chamber or in the House of Representatives or indeed the State Houses of Assembly. This tradition must continue despite the fact that some people do not understand it and we need to educate them." It is a tradition inherited from previous Senate, which evidently underscores the importance the lawmakers attach to the institution of the parliament such that if one has discharged himself or herself creditably there, he would do even better in other areas notably in the executive branch.

Not knowing the import of that parliamentary practice and one of prerequisites for ministerial nomination, which equates it with the condition for qualification for membership of the House of Representatives, some Nigerians, among them commentators and columnists, queried the essence of the screening if all that a nominee would do at the Senate is to bow and take his leave. I admit that asking these former lawmakers some questions may refresh the memories of their new colleagues and indeed Nigerians about the character and competence they had earlier demonstrated in parliament. It may also be a needless exercise because the former lawmakers had abinitio met the condition for their nominations.

Ita Enang, Special Adviser on Senate Matters to President Buhari, who was formerly in the House of Representatives and Senate and indeed in charge of Rules and Business, first in the House and later in the Senate for several years, put this issue succinctly. According to him, the practice of "take a bow and go" is not new and not peculiar to the Nigerian Senate. “It is a tradition that started in the United Kingdom and the United States parliament and has become a parliamentary tradition everywhere.” Enang knows his onions and knows well the rules guiding confirmation hearings. If that practice deserves a review as some honestly canvass, I think the Senate will not hesitate do so accordingly. The point, however, is some of those who criticised the practice and erroneously called the upper chamber and its leadership all kinds of names would wish to be at the receiving end of that privilege if previously in parliament and now appeared on the ministerial list.

But before we go for tinkering with that established practice, it is important to know the intention of the law in assigning the all-important confirmation of ministers and other key appointments of the president to the Senate. In carrying out that task, the Nigerian Constitution asks the Senate to ensure the president complies with certain provisions. For ministerial nomination, Chapter 6 Part 1 Section 147 is very apposite here.

Subsection (2) of this section states: “Any appointment to the office of Minister of the Government of the Federation shall, if the nomination of any person to such office is confirmed by the Senate, be made by the President. Subsection (3): Any appointment under subsection (2) of this section by the President shall be in conformity with the provisions of Section 14 (3) of the Constitution;- provided that in giving effect to the provisions aforesaid the President shall appoint at least one Minister from each State, who shall be an indigene of such State. Subsection (5): No person shall be appointed as a Minister of the Government of the Federation unless he is qualified for election as a member of the House of Representatives.”

I consider the scrupulous application of these criteria as the real purpose of the confirmation screening. The same critics of the just-concluded process would have accused the Senate of over-reaching itself if it had done more than prescribed by the law. It would have been more helpful though if the President had provided the Senate the portfolios of the would-be ministers in which case the Senate would assess their competence and appropriateness against the portfolios assigned them. Again, ministerial nomination is the prerogative of the President and the Constitution does not mandate him to assign portfolio to nominees forwarded to the Senate. As such no one can blame President Buhari.

This is where those who equate Senate screening to a job interview miss the point. For a job interview, the candidate knows what to prepare for and the interviewers the questions relevant to specific jobs. In this case, neither the nominees nor the Senators know the portfolios the president intends for the nominees. Unless they speculate based on the educational or professional experience of a nominee, all the senators can do with those they did not know or those that had not passed through their institution previously is ask general questions that may give little insight about them and how they may perform as ministers.

*Awoniyi is the Special Adviser on Media to the President of the Senate.