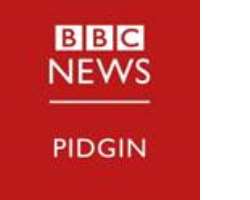 August 1: BBC News Pidgin launches its second annual essay writing competition for Pidgin language speakers today. The contest is open to all current students of a tertiary institution in Africa.

Entrants for the award must submit an essay of no more than 800 words looking at the theme, “Is Africa ready for female political leadership?”

A panel of judges drawn from West Africa and made up of academics, Pidgin authors, and journalists will select one winner. All essays must adhere to Pidgin English structure while conforming to rules of grammar and punctuation.

The winner will be announced at an event in Lagos on September 20, 2019. They will receive a $500 (five hundred dollars) prize covering the costs of academic books.

Entry to the contest opens on Thursday 1st August and closes Friday, 30 August 2019. Entries should be submitted to [email protected] .

Editor of BBC News Pidgin Adejuwon Soyinka said: “In its second edition, BBC Pidgin annual essay writing competition is gradually evolving into a veritable platform for the cultivation of young writers and thinkers in Pidgin, which is essentially the unofficial lingua franca of young people in the region.”

“It’s been an exciting year since the launch of BBC News Pidgin and this competition is a way to encourage the use of Pidgin language among our young audiences.”

Further information on how to enter, including the full terms and conditions, are available at the BBC News Pidgin website

Since BBC News Pidgin launched two years ago, the team have produced many impactful stories and won international recognition in the process, including:

· The One World Media Awards 2019, in the Television Documentary Category