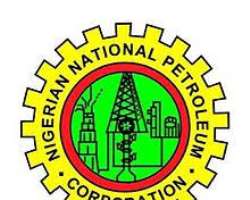 Lagos, Thursday, 1 August 2019: Media Rights Agenda (MRA) today named the Nigerian National Petroleum Corporation (NNPC) the first inductee into its enhanced Freedom of Information (FOI) Hall of Shame, vowing to take legal action to compel the corporation to abide by the FOI Act. MRA described the NNPC as unrepentant in its violation of the Act and said it would not allow the corporation to continue acting with such impunity.

In a statement in Lagos, MRA said although the NNPC had previously been inducted into the FOI Hall of Shame on July 10, 2017 as the second of 70 inductees during the 18 months that the initiative ran for, the corporation had made no significant effort since then to reform itself apparently because of the lack of consequences for its bad behaviour as nothing had changed two years after that naming and shaming,

In the statement, MRA’s Programme Manager for FOI, Mr Ridwan Sulaimon said: “It is worrying that both the Board and the Executive Management of NNPC are so incapable of feeling any shame. Despite several allegations of corruption as well as the naming and shaming of the corporation, the management of the company and the Federal Government have failed to take effective measures to ensure that the NNPC is transparent and accountable to Nigerians by complying with the FOI Act”.

According to him, “We find it noteworthy that despite the Federal Government’s very public and supposedly aggressive war on corruption and despite the serial indictment of the corporation and its management for untoward practices after virtually every investigation or audit, not a single person in the NNPC is facing criminal charges for corruption. One gets the embarrassing feeling that these people are untouchable and hence, they have no incentive to do better.”

Mr. Sulaimon noted that the huge resources at the NNPC’s disposal and the various allegations of corruption hanging over it should have inspired a more responsive management to put in place the proper measures and structures for the effective implementation of the FOI Act, a situation which makes the corporation’s repeated failure to comply with the law difficult to excuse.

He said: “In the light of the failure of the management of the NNPC itself, the Federal Government and its regulatory and anti-corruption agencies as well as the National Assembly, which has oversight responsibility, to perform their duties, we have no choice but to step in and take legal action to compel the NNPC to comply with its obligations under the FOI Act in the hope that we can make it a more transparent and accountable institution for the benefit of Nigerians”.

Mr. Sulaimon explained that the NNPC was selected for induction into the Hall of Shame after being assessed, alongside other public institutions, on their levels of compliance with their various duties and obligations under the FOI Act, and that while the performance of many public institutions is generally poor in terms of implementation of the Act, “MRA found ironically that the NNPC, which is perhaps the most well-resourced public institution, demonstrated by far the worst performance.”

He said the NNPC was assessed on its level of compliance with its obligations to provide information to members of the public on request, submit annual implementation reports to the Attorney General of the Federation, proactively publish defined sets of information, train its staff and officials on the public’s right of access to information as well as to designate and publish the contact details of an FOI Desk Officer.

According to him, following the assessment, MRA found that: “The NNPC did not make even an inch of progress in the implementation of the FOI Act over the last two years. In the eight years since the enactment of the Act, the NNPC has not submitted any annual report to the Attorney General of the Federation as required by Section 29(1) of the Act and no one has held it accountable for this arrogant and continuing breach of its statutory duty.”

Mr. Sulaimon added that the NNPC “has persistently failed to comply with virtually all of its proactive disclosure obligations under Section 2(3) and (4) of the FOI Act as it has only published one of the 16 categories of items it is required to proactively publish; and has repeatedly refused to disclose information to requesters, but has instead expended millions in public funds in payment of legal fees to lawyers in defence of its corporate strategy of secrecy.”

In addition, he said, although Section 13 of the FOI Act requires every government or public institution to ensure the provision of appropriate training for its officials on the public’s right of access to information and records held by the institution for the effective implementation of the Act, the NNPC has again failed to comply with this provision.

Mr. Sulaimon observed that the Database of FOI Desk Officers available at the Federal Ministry of Justice, which is the oversight institution for the implementation of the FOI Act, indicates that the NNPC has not designated any official to whom requests for information should be made and has not published the name of any such official as required by Section 2(3)(f) of the Act and as directed by the Attorney-General of the Federation in his Implementation Guidelines issued pursuant to his powers under the Act.

He said: “Two years is a long enough time for any responsible organisation to improve on its practices after it has been called out for failing to do. The insistence of the NNPC on secrecy in defiance of the Law, while it sits atop the huge resources of this country coming from the petroleum sector is unacceptable. It is a mystery to us that the Federal Government has chosen to remain silent and take no action in the face of this slap on the collective faces of Nigerians. As citizens, we obviously cannot follow this bad example of the Federal Government.”

Mr. Sulaimon promised that MRA would explore all available legal means to ensure that the NNPC is compelled to comply with its duties and obligations under the FOI Act.