At 53, Irona is Worth Celebrating- Group 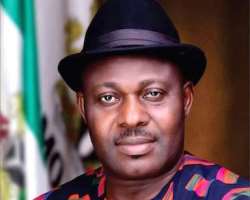 Chairman of the Forum, Dr. Walter Duru, who made the position of the group known to newsmen, Wednesday, described Irona as a dependable ally and a responsible public office holder.

According to Duru, Irona has distinguished himself in service to humanity and deserves commendation.

“Engr. Gerald Irona is an example of a dependable ally. He is smart, visionary, transparent, reliable, and never betrays. He is a good student of power. He derives joy in seeing other people progress. He sacrifices his personal comfort for the benefit of others. He has been in public service for about two decades, without blemish. He was a Councilor, a member of Imo State House of Assembly, a Local Government Chairman, member of the Federal House of Representatives and now Deputy Governor. He is not linked to any form of scandal.” “He has done excellently well in the area of youth empowerment and community development service. His commitment to the success of the government of His Excellency, Chief Emeka Ihedioha speaks volumes of his character. We are proud of him, his achievements and person.”

Duru also used the occasion to commend the administration of Chief Emeka Ihedioha for what he described as a new beginning in Imo State, expressing optimism that the present administration will make the difference in governance in the state.

Adding her voice, Secretary of the group and Commissioner in Imo State Independent Electoral Commission, Barr. Nwando Anyasinti described Hon. Irona as one with a “heart of gold.”

She reiterated the group’s commitment to assisting the present administration in the state to succeed, urging people of the area to emulate the good virtues of the Deputy Governor, Hon. Gerald Irona.

It would be recalled that the Deputy Governor of Imo State, Engr. Gerald Irona was born on the 1stof August, 1966. He is marking his 53rd birthday on August 1, 2019.