Statement By Edo State Government In Response To The Resolution Of The Senate Passed On The 30th July, 2019 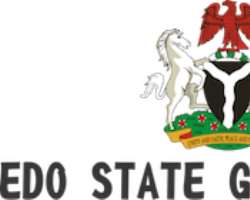 The Edo State Government watched with alarm today as the distinguished Senate of the Federal Republic of Nigeria in a step that was not totally unexpected, purported to pass a resolution in the following terms: -

Directing the Governor of Edo State to issue a fresh proclamation for the inauguration of the Edo State House of Assembly.

Ordering a fresh inauguration of the Edo State House of Assembly within one (1) week from the date of the said Resolution.

As earlier mentioned, this move was not unexpected in the light of the enormous political pressure which had been brought to bear on the Officers and Members of the distinguished Senate by the highly placed and powerful persons who are intent on foisting their will and choices on the good people of Edo State.

This is borne out by the record statements made by one Seid Oshiomhole (a Member-elect and younger brother of the National Chairman of the All Progressives Congress Comrade Adams Oshiomhole) wherein he boasted that both the Senate President Senator Ahmed Lawan and the Speaker of the House of Representatives Rt. Hon. Femi Gbajabiamila have been instructed on what to do in this matter.

The Government of Edo State wishes to observe that the Chairman and Members of Ad-Hoc Committee of the Senate which visited Edo State were made of the existence of at least three (3) suits pending before various Courts wherein the factual and legal dispute regarding the Edo State House of Assembly inauguration have been submitted to the Courts by both contending parties for resolution.

The Ad- Hoc Committee also failed to inform the senate of the existence of a valid injunction in Suit NO FHC/B/OS/70/2019 wherein the Federal High Court restrained various parties from interfering in any manner with the activities of the Edo State House of Assembly which said order had been brought to their attention in the course of their visit to Edo State.

It is unfortunate that the Distinguished senate would act in flagrant breach of these various court orders and purport to come to come to factual and legal conclusions concerning a matter in which the parties are already before the courts and therefore subjudice.

We are also concerned that the Members of the Distinguished senate appear to have very scent regards for the principle of separation of powers as enshrined in our constitution which is manifested by their taking over the functions of the judiciary in dispute resolution and giving directives to a Government of a state who is certainly not subject to the supervision of the National Assembly.

It must be further observed that it has always been the contention of the Edo state Government that the power to issue a proclamation for the Inauguration of a House of Assembly as set out in Section 105(3) of the Constitution of the Federal Republic of Nigeria was duly and completely complied with and it is not within the power of the Governor to recall same once issued or to perform the same act multiple times. Once the Governor issues a proclamation letter, his job is done.

It is the duty of the Clerk of the House of Assembly to inaugurate the House of Assembly and he has since performed that task. He has further approached a Court of law to seek a validation of his actions. The pronouncements of the Distinguished Senate on the subject (with respect) is clearly misconceived and would amount to interference in the role of the Courts which may in fact constitute contempt with which the Governor would not wish to be associated.

The government of Edo State firmly believes that our State is not a colony or a vassal of any person or persons exercising power in Abuja and we shall take all necessary steps within the ambit of the law to defend and validate our position and actions on this matter.

We call on all persons of goodwill to call the powerful wielders of ‘power and authority” in Abuja and elsewhere to refrain from acts which are clearly unconstitutional, undemocratic and a flagrant disrespect for the principle of due process and separation of powers.

These powerful persons should not be allowed to set our state ablaze merely to satisfy their thirst for power and control.

As we have always maintained on this subject: THIS ILLEGALITY WILL NOT STAND!!!