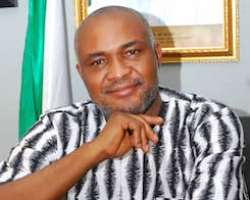 “Few people dey fat with biggy money
and the rest dey hungry
me Fela, I challengie Obasanjo
na way he the all the time
make him carry me go any court
I go open book for am
Now whyo government e we dey do
eh bamihoo
na weak e government e dey oo
eh barri bao
now barri bao
now paddi paddi government we dey
epa me o”(Fela Anikulapo Kuti).
For the interest of our youths who were not born before this revolutionary and iconic master of Afrosongs took a bow to be with his maker, I will briefly state that Fela Anikulapo Kuti, also known professionally as Fela Kuti or simply as Fela, was one of the very few multi-instrumentalists, and a profoundly gifted musician, composer, pioneer of the Afrobeat music genre.

And as correctly entered by a researcher in Wikipedia, this wonderful man remains one of Nigerian’s best known human rights activists who eventually died following several brushes with the then military dictators who found most of his songs too revolutionary and very offensive.

As can be seen in the aforementioned opening quotes, the musician spoke about the corrupt practices that were rife during the military regime of General Olusegun Obasanjo in the late seventies and indeed all the military regimes which culminated in the most brazen theft of over $5 billion by officials of the late Sani Abacha junta in the 1990's.

This same military dictator specifically named and shamed in this song by Fela-Obasanjo, who staged a rigged election in 1979 that brought in the Alhaji Shehu Shagari-led civilian government, was nearly four decades of quitting the stage as military ruler, got himself elected in 1999 as civilian president when the military through General Abdulsalam Alhaji Abubakar left the stage and handed over to civilians in 1999.

Fela had spoken about the theft of humongous amounts of money which was in the region of #2 billion, considered as very huge as at 1979.

Recall that the current president of Nigeria retired Major General Muhammadu Buhari was a key player in that General Obasanjo’s military junta in the 1979’s and he (Buhari) held sway as the petroleum minister.

Buhari would later become military dictator in the mid-80’s and also nearly three decades after, got elected the civilian president and eventually got returned for the last tenure by Independent National Electoral Commission (INEC) which conducted a sham election in 2019 regarded by all international observers as manipulated and anything but free and fair.

Nearly twenty years after Fela left us, the issues of corruption, arbitrariness, human rights violations, bribery and extralegal killings of citizens which he spoke about in his many songs are still with us and have become near intractable like a hydraheaded monster.

His fascinating song titled “Army arrangement” which was released by Fela Kuti and Egypt band of 1980, deeply reflected the very same issues of lack of thoroughness, lack of respect for merit in appointments of public office holders and the culture of patronage amongst politicians which he chose to call Paddi Paddi government.

The iconic musician did not offer detailed explanation that I know of concerning the import of the word ‘paddi paddi’ that he applied in describing the corruption ridden sort of governments of his days which are still the case in our own time.

But suffice it to say that a closely related term ‘paddy’ according to the Cambridge English dictionary means a very angry state such as getting irritated and being in a state of resentment.

Adopting what I call compound reading of the meaning of the word paddy and the descriptive and graphic details of a lack of good governance and the organized state of doom and anarchy that defined most military regimes of the 1980’s Nigeria, we will then quickly conclude that what we have now as the ninth senate of the Federal Republic of Nigeria is not so different from the political situation presented vividly in the specific Fela’s song quoted partly above.

A look at the ongoing confirmation hearings for the ministerial nominees before the senator Ahmed Lawan-led senate has revealed that this may as well be the worst senate Nigeria has ever seen right from 1999 when democracy staged a comeback through the monumental pressures mounted by pro-democracy activists and the eventual capitulation by the last of the brutal military dictators that was standing as at 1999- General Abdulsalami Alhaji Abubakar.

The senators chauffeur driven in a straightjacketed form like zombies by Senator Ahmed Lawan have flagrantly abused the expected minimal standard of ensuring that those to be charged with the onerous responsibility of serving Nigerians in the Federal cabinet are not men and women without honour.

Nigeria is therefore in a ‘paddy’ state if we apply the Cambridge English dictionary exposition which says it means an angry state.

By their lack of thoroughness the senate headed by Ahmed Lawan, who himself is a product of godfatherism of president Muhammadu Buhari, has demonstrated a lack of capacity and the political will to deliver good governance anchored on the ability of the legislature to provide robust checks and balances over the executive and legislature. The danger in having a lethargic and lacklustre National Assembly is that the executive headed by a former military tyrant would be encouraged to enthrone totalitarianism which would rubbish constitutional democracy.

This same senate controversially confirmed Justice Tanko Muhammad as chief justice of Nigeria when the man failed to even comprehend and offer sound response to a question thrown to him on technicality and merit of litigation.

The jurist who would go on to be confirmed by the senate is reported not to even possess the basic requirements academically for initial admission to read law as a degree course just as he graduated as a student of sharia law with the lowest grade and yet he is railroaded to a job he is never equipped academically to handle even as worst still he is heading the Supreme Court of Nigeria with Justices who indeed possess some of the finest and highest academic credentials available to humanity. The chief Justice of Nigeria is indeed a product of paddi paddi government.

The senate under Ahmed Lawan has carried on the screenings and confirmations of ministers with such uncharacteristically flippancy that is odious and offensive to section 147(1) (2) (3) (4) (5) and (6) of the constitution of the Federal Republic of Nigeria of 1999 (as amended) which states: “(1) There shall be such offices of Ministers of the Government of the Federation as may be established by the President.

(2) Any appointment to the office of Minister of the Government of the Federation shall, if the nomination of any person to such office is confirmed by the Senate, be made by the President.

State, who shall be an indigene of such State.
(4) Where a member of the National Assembly or of a House of Assembly is appointed as Minister of the

Government of the Federation, he shall be deemed to have resigned his membership of the National Assembly or of the House of Assembly on his taking the oath of office as Minister.

(5) No person shall be appointed as a Minister of the Government of the Federation unless he is qualified for election as a member of the House of Representatives.

(6) An appointment to any of the offices aforesaid shall be deemed to have been made where no return has been received from the Senate within twenty-one working days of the receipt of nomination by the Senate.”

The deliberate failure of the senate to ask relevant questions to some of these nominees who currently have charges of economic crimes hanging on their necks like swords of damocles has shown that the senators have clearly aided and abetted the abuse of power by the appointing authority who appointed persons who are yet to clear their names against corruption charges. This act of perfidy by the senate offends section 15(5) which provides that: "The State shall abolish all corrupt practices and abuse of power."

The likes of the former governor of Akwa Ibom state Mr. Godswill Akpabio and Timipre Silver who ruled Bayeksa state were once arrested and charged over multiple allegations of grafts but the senate glossed over this very strategic matter and has asked those men to take a bow and go meaning that they are now ministers of the Federal Republic of Nigeria.

This toxic style of screening and confirmation of the would-be ministers has confirmed the fear raised by Professor Chinua Achebe in two amongst his many books titled aptly as “The Trouble with Nigeria” and the last book he wrote before he left the earthly sojourn which he titled: “There was a country”. I will borrow this title to state that with what is going on in this senate led by Ahmed Lawan, we can say that indeed, 'there was a senate'.

This poor screening and confirmation hearings in the senate reveal that these senators are not leaders but they are collectively the problem with Nigeria which Professor Chinua Achebe more forcefully presented thus: “The trouble with Nigeria is simply and squarely a failure of leadership. There is nothing basically wrong with the Nigerian character. There is nothing wrong with the Nigerian land or climate or water or air or anything else. The Nigerian problem is the unwillingness or inability of its leaders to rise to the responsibility, to the challenge of personal example which are the hallmarks of true leadership”.