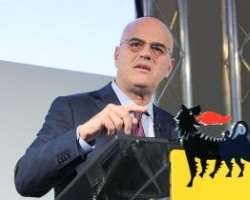 Hearing will continue in a Milan court tomorrow and 25 July in a corruption case involving Italian oil firm Eni and Nigerian officials over the graft-ridden sale of OPL 245, now known as Malabu oil scandal.

At the hearing Monday, a witness told the court that a senior official from the company bribed him to withdraw his allegations of graft, which he had agreed to do.

Vincenzo Armanna is both a prosecution witness and a defendant in the trial in which Eni is accused of acquiring a Nigerian oilfield in 2011 by corruptly paying middlemen. Both he and Eni have denied wrongdoing.

Armanna worked for Eni from 2006 to 2013, when he was sacked in a dispute over expenses, he has said.Addressing a packed court on Monday, he said Eni Chief Executive Claudio Descalzi authorized a company manager named Claudio Granata to approach him and offer him his job back if he agreed to modify his testimony.

Both Descalzi and Granata have denied the accusation, which was initially leaked to the Italian press a week ago, and say they have sued Armanna for defamation.

“Eni underlines that the statements made by Armanna regarding the conduct of Eni, its CEO and its management in the context of this operation are totally groundless,” the company said in a statement following Monday's court session.

Armanna said he met Granata in a Rome square in May 2016.

“Claudio Granata asked me on behalf of Descalzi if I could make a memorandum to correct my interrogation statements to Milan prosecutors and remove the reference to corruption,” he said. “In return I was offered a job back with Eni.”

“Granata gave me a piece of paper in which he had written some notes. I then copied them and presented the memo that I deposited in Milan on May 26, 2016, in which I defended Descalzi,” he added.

Asked by prosecutor Fabio De Pasquale why he had decided to revert to his original statement, Armanna said his lawyer had advised him it would be “legal suicide” to stick with his new version of events.

Armanna did not return to work for Eni and was not asked by the court what had happened. The case continues on Tuesday.

Eni is accused of buying the Nigerian oilfield in the knowledge that the vast majority of the $1.3 billion purchase price would be siphoned off to agents and middlemen in corrupt payments.

Oil major Shell (RDSa.L), which jointly bought the field with Eni, is also on trial for corruption over the deal. It denies any wrongdoing.

While the trial against Eni and Shell enters its final stages, Milan prosecutors continue to investigate the allegations that Eni officials sought to obstruct justice in the Nigeria case. No charges have been filed.