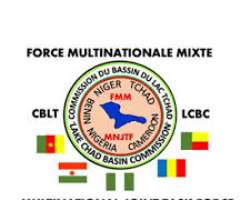 The security situation within the Multinational Joint Task Force (MJNTF) Area of Responsibility in the Lake Chad region has improved since the activation of OP YANCIN TAFKI on January 22, an official has said.

The force commander, C.O. Ude, also said although confrontations between the military, drawn from affected nations, and the terrorists have increased in the past four months, civilian casualties have continued to decrease, “largely due to the interposition of the military force.”

The major general said this during the just concluded Lake Chad governors forum in Niamey, Niger Republic. Governors from North-east Nigeria, Niger, Cameroon and Chad and their representatives attended the two-day second governor’s forum at the end of which they reaffirmed their commitment to improving cross border security.

The event, organised by the Lake Chad Basin Commission (LCBC), had technical support from the United Nations Development Programme (UNDP), African Union (AU) and the Crisis Management Initiative (CMI). The MJNTF commander, who noted that the war was far from over, however, highlighted the successes recorded against the terrorists, who have been waging pitched battles across swathes of the four nations “It is equally worthy to mention here that the MNJTF has continued to successfully discharge its mandate as the civilian casualty figures has significantly reduced from about 1,967 recorded in 2015 to less than 570 at the end of 2018.

“The few attacks by the terrorist groups against MNJTF forces have been successfully defeated by decisive counter-attacks by own forces with heavy casualties inflicted on the enemy,” he said. “The offensive operations under OP YANCIN TAFKI in coordination with national operations have been directed to fixing and destroying the enemy within identified areas and camps,” he explained.

The official also said the force has conducted “robust fighting patrols and clearance operations to dominate area of operations and deny the terrorists freedom of action and further degrade their will to fight. “So far, over 815 BHT have been neutralised, 55 captured and 37 BHT have so far surrendered. Similarly, several technicals, weapons and logistics hitherto in the hands of BHT have either been destroyed or recovered in the on-going operations. These operational successes have therefore imposed significant setback on the fighting capacity of the terrorists.

“It is worthy to note that these successes were as a result of well-coordinated execution of combat missions by MNJTF forces and National Troops as well as the excellent coordination of ISR and air support from the various Air Forces of TCC including our partners. “It is equally important to note that own forces have the initiative. The offensive operations, counter attacks and pursuit of the enemy has been decisive and commendable.

It is hoped that with the high level of fighting efficiency of the troops, we will continue to maintain the pressure on the terrorists as we execute the crucial stages of the operation and consolidate the current gains.”