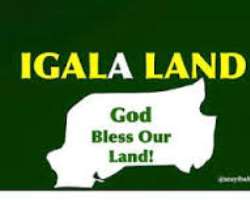 There was once a people who saw brothers as brothers
And sisters as sisters; no hatred, no divisions
They stood for a common cause and dared the fiercest of lions
There was no compromise in their midst; no betrayal, no surrender
Their strenght in victory and pride in defeat won the admirations of their adversaries.

Today, these brave, united people are found no more in their clime
They that stood the roars of lions now flee at the crow of a cock
The wings of an Eagle have transfigured into that of a foul
And a tortoise now rules the animal kingdom!

Now, all we hear is melody of discordant tunes
And songs of conflicting tones and voices
The ancestors are worried over a House divided against itself
But the people are laughing
Just for a plate of pottage, they have left Omaye for Eneomune
And sold their birthright like Esau, the hungry man!
Even their Shepherd has abandoned his flocks in the midst of misery
Severing the cord that bound them together

Shame has taken over the place of pride
And defeat has worn the shoes of triumph
A race is losing its strength, prestige and relevance
While the people are folding their arms, watching
Seeds of discords have been sowed in the land
And the corns of anguish can no longer be counted
But, please, if you see Ola Rotimi, echo my whinge:
Igala gods are to blame, for there is no unity in Igala Unity House!