APPOINTMENTS: Delta Governor Has Forsaken Us, Egbema Leaders Cries Out 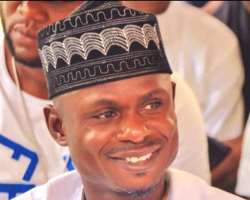 Leaders of Egbema Kingdom under the aegis of Egbema Leaders of Thought, Warri north local government area, Delta state have called on the state governor, Ifeanyi Okowa to appoint their sons and daughters in his second tenure for their loyalty and for the massive support they gave to him in all his governorship elections in the state.

Speaking with journalists on behalf of the Egbema Leaders of Thought (ELT), Ex- General and former member of Delta Water Ways and Land Security, Ambassador Aroni Oputu said, the people of Egbema Kingdom in Warri north local government have not been given political appointment despite "our loyalty and massive votes to deliver Governor Okowa and all the Peoples' Democratic Party (PDP) candidates in every election in the state.

Speaking further, Ambassador Aroni recalled how the people of Egbema Kingdom endangered their lives to deliver Okowa in the last governorship election, despite the pressure and promises of the major opposition, the All Progressives Congress (APC), leaders.

"We have always supported and voted PDP in every elections, but when it is time for political appointment, the people of Egbema have never been considered. We are begging our dear Governor to consider us this time, "he said.

According to him, it will interest you to know that the Egbema Kingdom in Warri North local government that host Dibi oil field, Olero creek oil field, Opu-ekeba flow station operated by Chevron and Opuama flow station operated by NPDC, "you can see that Egbema Kingdom contribute over 4 percent percent of the state internal revenue. Despite our contributions to the state revenue and the massive votes to deliver our dear Governor, we, the people of Egbema are yet to get any political appointment.

According to Ambassador Aroni, Egbema Kingdom have paid their dues, "So let our dear Governor consider us and look into our plights.

"We the people of Egbema Kingdom in Warri North local government are using this medium to appeal to our ebullient and listening Governor, His Excellency Senator (Dr.) Ifeanyi Okowa to appoint Egbema sons and daughters in different political offices in other to give the Egbema Kingdom a sense of belongings as partners in progress for Stronger Delta.

"We thanked the Governor for appointing Ijaw people in other Local Government Areas in the state and we congratulate all the appointees while waiting for ours", he added.