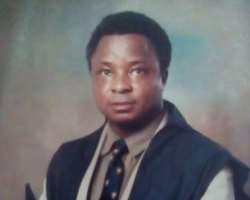 Delta State Governor, Dr. Ifeanyi Okowa has expressed sadness over the passing of veteran journalist, Sir Odafe Othihiwa who died at 77 on Tuesday July 16, 2019 in Lagos.

Okowa’s condolence was conveyed in a statement by his Chief Press Secretary, Mr. Charles Aniagwu, on Thursday in Asaba wherein he condoled with the Othihiwa family of Igbide in Isoko South Local Government Area of Delta State, the NUJ as well as the management and staff of African Independent Television AIT where the late Othihiwa served as a General Manager, Current Affairs.

“On behalf of the government and people of Delta State, Governor Okowa offers deepest condolences to Othihiwa’s family and friends, including the management of African Independent Television, where the late veteran newsman retired from as a General Manager, Current Affairs.”

“The Governor also commiserates with the Nigerian Union of Journalists and the people of Igbide Kingdom in Isoko nation, on the demise of one of the country’s iconic journalist who was the first African journalist to interview former US President, Mr Jimmy Carter in 1978.

“Governor Okowa believes that the late Othihiwa would be long remembered and honoured for his rich coverage of the Liberian civil war for many months as well as many national and international assignments, he said adding "he would also be remembered for the array of media professionals he trained and mentored on the ethics of the noble pen profession.

“As a veteran member of the Fourth Estate of the Realm who was largely recognised and admired by colleagues as a consummate professional, the Governor pays tribute to Othihiwa’s contributions to the development of journalism in the country.

“He prays that God will grant eternal rest to the soul of the departed Othihiwa and comfort his family and all who mourn him.’’