CAN to Miyetti Allah: Nobody hated the Fulani until herders began killing everybody 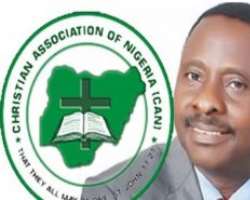 Christian Association of Nigeria, CAN, has urged Miyetti Allah Cattle Breeders Association, MACBAN, to call its members accused of brutal killings and other crimes to order, saying their actions were creating enmity for the Fulani ethnic group.

CAN President, Rev Samson Ayokunle, made the call at a media briefing in Abuja last night.

Ayokunle, who noted that the last three years had been tough in terms of insecurity, also urged the Federal Government to treat the letter by former President Olusegun Obasanjo with seriousness because of the issues raised in it.

He said: “The last three years have been fierce in terms of insecurity that our members have to face all over the country, many churches were affected, up till now. The newly elected Vice President of CAN, Rev Caleb Ahima, up till now, cannot travel out of the place where he is serving without military cover because of terrible insecurity.

“We have told MACBAN if they want to give themselves credibility, they should call their members who are violent to order, because nobody hated the Fulani until the armed herders began to kill everybody.

“So, if there is any enemy against the Fulani man, he created the enemy for himself. They have been living with us for many years in our communities; our children married them and they also married our children. But, when they became too violent and started carrying AK-47 rifles and killing people, we had no choice but to run away from them.

“We can no longer think we are friends with that type of play, it's too dangerous. So, let them call their people to order and ensure that they remove the enmity they have created around an average Fulani person.”

On Obasanjo's letter, he said: “CAN is interested in the former president's letter being treated with all sense of responsibility and accountability as a country because of the issues raised in it.

“We think the aim of the writer is to call the attention of the nation to things that are capable of setting fire on the nation. We think that every Nigerian has a right, as a part of this society, if he or she sees something that will threaten the peace of this nation to bring it up and let it be treated and given the attention it needs.”