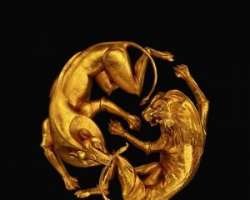 Beyoncé has announced the release of her new album Lion King: The Gift. In a tweet this morning, the Queen of hip hop said:THE LION KING: THE GIFT available to stream and download now.

She provided the link to all the streaming services: https://smarturl.it/lionkingthegift

The much awaited album curated and produced by Beyonce was  inspired by Disney's live-action remake of The Lion King, in which she plays a role.

The Gift features collaborations with  many African artistes from Nigeria, among whom are Wizkid, Tekno, Yemi Alade, Mr Eazi, Burna Boy and Tiwa Savage. Also on the tracklist is Ghanaian Shatta Wale. There are also South African singers Busiswa and Moonchild Sanelly.

Her song “Spirit,” from the film's soundtrack, debuted at No. 1 on Billboard's Kid Digital Song Sales Chart following the single's release last week.