RUGA: The Fulani Must Not Fight Buhari’s War 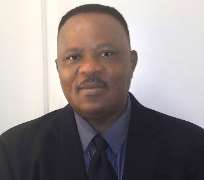 President Muhammadu Buhari is not only giving Nigeria a bad name with his handling of the herdsmen crisis, the good people of Fulani should also understand that the president might have equally damaged their brand around the world.

As I noted in a recent piece, “Second Term: A Leadership Lesson Buhari Must Learn”; the style of a leader is vitally essential in governance. I asserted that “Buhari's style is a leadership miasma, offensive enough to turn his friends into foes.” This explains why a president who was re-elected barely four months ago has already lost his voice with the generality of the Nigerian people. Therefore, even if his Rural Grazing Area (RUGA) policy is the sole panacea to all the Nigerian problems, the people are bound to view it with stifling suspicion. This goes without saying that, while RUGA definitely does not represent the best model to address the growing herdsmen crisis, the main problem is more about the messenger than the message itself.

In fact, I have wondered lately, if Muhammadu Buhari is truly Fulani. Having grown up in Kano, I have come across millions of Fulani and worked with thousands of them in key Northern states. I have also maintained close friendships with many of the people and interacted with many more in the course of my presidential campaign. When I think of the Fulani, I think of good people, overall. Remember the calibers of Emir Ado Bayero, Emir Shehu Idris, Shehu Shagari, Abubakar Rimi, Sultan Muhammadu Sa'ad Abubakar, Aliko Dangote, Emir Muhammadu Sanusi II, the Yar’Aduas, the Dantatas, Shehu Sani; and one of my childhood idols, Yusuf Bala Usman, to name just a few. They are known to be amiable, meek, bridge-builders, intelligent, trustworthy, sagacious, and shrewd.

Buhari, as civilian president, has been more or less a stone-cold zombie. Not to be quoted out of context; zombie, according to Cambridge Dictionary, refers to “someone who moves around as if unconscious and being controlled by someone else.” Yes, unlike a true Fulani, Muhammadu Buhari does not even have control of his presidency let alone a complicated policy like RUGA. Those currently steering him around are textbook sycophants, who are merely exploiting the situation for their selfish interests. Different efforts to wake up the president have been met with silent treatment. But, as an Igbo adage goes, a stubborn tsetse fly usually follows the corpse to the grave. That is gradually becoming Buhari’s fate. And the Fulani must not follow him along.

The people should rather ponder begging questions like these: Given that Nigeria has coexisted with the herdsmen for ages, why—all of a sudden—the issue of Fulani herdsmen is threatening the fabric of national existence? How and why did the herdsmen terrorism escalate under Buhari to the extent that the Fulani brand is becoming a taboo around the world? How come Northern Nigeria is more divided under Buhari than at any other time in the Nigerian history? Why and how did the threat of secessions exacerbate under Buhari’s civilian regime?

Not done, how would the Fulani feel, if either President Olusegun Obasanjo or President Goodluck Jonathan folded their hands while bandits identified as Yoruba or Ijaw were massacring the Fulani with AK 47? How would the Fulani feel, if their people were met with political persecution after the 2011 elections, when the North-West zone expressed their democratic rights to vote overwhelmingly for their native son, Buhari, instead President Goodluck Jonathan?

The answer is simple: No section of Nigeria deserves to be subjected to hostility or oppression because of their tribal, religious, or political orientations. The current herdsmen crisis has roots in Buhari’s dictatorial, divisive, arrogant, and unrepentant style of leadership.

Let’s go back to the RUGA palaver. One did not have to assume a clairvoyant authority to discern that the policy was bound to be dead-on-arrival. Good leaders gauge the mood in the country before rolling out controversial policies. First of all, the program was poorly communicated and widely sensationalized and believed to solely benefit Buhari’s people at the expense of other regions. Moreover, the president ought to have recognized that his name only pales in comparison to that of a Satan in notable parts of the country to even contemplate a national policy like RUGA without wide consultations.

Start with the Middle Belt, the epicenter of herdsmen terrorism. Despite the fact the people were being slaughtered for months by herdsmen with sophisticated weapons, Buhari maintained stoic silence. Only a nefarious enemy of Nigeria would have remained indifferent to such wanton loss of human lives. Only an obvious bozo would ween that such neglected people would welcome a policy like RUGA with open arms.

Combine the irony with the reality that Buhari further divided the country upon assumption of office in 2015 when he declared political vendetta against zones or regions that voted overwhelmingly for the opposition. He followed by introducing the most unpatriotic patronage model ever seen in the country, whereby political appointments are based purely on voting patterns. The target, of course, were the people of the Middle Belt and Southern Nigeria.

The ground zero of Buhari’s offensive were the South-East and South-South zones. The sole reason for the utter disdain is that the people voted en masse for their native son, Goodluck Jonathan—just as the people of Northwest voted for their own native son, the same Buhari, in 2011. Today, the entire nine states of the Eastern Region—a full leg of the tripod by which the country is supposed to stand—is totally excluded from the upper echelon of Buhari’s sphere of influence, including the executive branch, the legislature, the judiciary, and the ruling party itself. Today, the region has been reduced to merely good for natural resources and national taxation, but unworthy to sit at the national table of power. Their crime this time around is the freewill of majority of their people to vote for another Fulani man in Atiku Abubakar in 2019 presidential election, instead of Buhari himself. Never in the history of the post-war democratic Nigeria has an entire region been treated with such degree of disdain and political persecution.

Once re-elected, Buhari quickly explored a strategy of ‘divide and conquer’ through the Western Region. But the Yoruba intelligentsia refused to buy the strident gambit. Instead, they have remained aligned with the entire South along with the Middle Belt to form the confluence of the current opposition turbulence thickening around Buhari’s regime.

With the apparent rejection of the RUGA policy, there are already some dog whistles by some Northern elements to widen the anger of defeat to a war between the North and South or a war between the Core North against the Middle Belt together with the entire South. More commonly, given the nature of politics in Buhari’s second term, especially with respect to 2023 presidency, one would not be surprised, if somehow, some schemers, including some southern wannabes within the ruling party, employ a satanic strategy to narrow any hostility as a typical conflict between the Fulani versus the East, particularly the Igbo.

But the Fulani masses must not fight the Buhari’s war. Neither the South nor the Middle Belt has a case against the Fulani as people. After all, Nigeria had coexisted peacefully under past Fulani leaders. Similarly, the people of Southern Nigeria and the Middle Belt must equally sheathe their swords. The main problem is neither the Fulani people nor the poor and unwary herdsmen, most of who do not even own the cows nor can afford AK 47s. The common enemy is the president of the country, who emboldened the herdsmen by appearing to condone their terrorist activities. Simply put, the growing opposition to Buhari’s regime lies squarely on gross failure in leadership—his failure to secure the lives and property of the Nigerian people, his failure to be president for all Nigerians.

Be that as it may, there is an urgent need to develop a national policy for the management of the Nigerian livestock assets for the greater good, and the model is not rocket science. But it may not be tenable under the current situation where the president not only acts like sectional leader but also acts like he does not care. The way forward, therefore, is for Muhammadu Buhari to demonstrate true leadership. Instead of viewing every critic as an enemy, instead of fanning embers of discord in every front, the president should listen—atone, make amends, communicate, and begin to lead a just, accountable, equitable, and human government. Though his response to the recent murder of Funke Olakunrin—the daughter of a prominent Yoruba leader by suspected terrorists—is timely and noteworthy, President Buhari might as well understand that every Nigerian life matters.

SKC Ogbonnia, 2019 APC presidential aspirant, is the author of the Effective Leadership Formula.