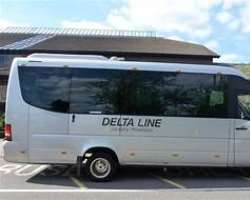 Fillers reaching our news desk has it that 32 Sienna vehicles have been allegedly registered in Delta Line but would operate independently.

An impeccable source told our correspodent Monday, that the vehicles were used to purportedly empower a Peoples' Democratic Party (PDP), faithful by the state governor, Ifeanyi Okowa, as compensation in the 2019 general election.

It was also alleged that the vehicles running to the tone of over N60 million, would be used to operate a new transport line by the yet unknown person in a competitive location in the state capital.

Although, details of the new park is still skeletal, our source alleged that the governor has already approved its operation.

Watch out as details unfolds.