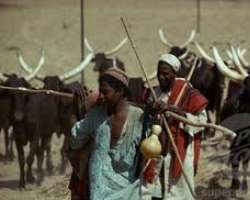 Residents of Obudi Agwa Autonomous Community in Imo State have begun to abscond from their houses after one herder among a group of others, was caught with a sack filled with ammunitions.

In his reaction to the development, the community's ruler, Eze Ignatus Asor, told newsmen from Vanguard that residents have been living in fear even though the suspect had been taken to the police for proper prosecution.

He stated, “Some youths saw two of the herdsmen and called them. One of them with a gun ran away and the other one was caught with a bag. He told the youths that it was just garri. But when the youths forced the bag from him and opened it, they saw bullets. We are not happy about what is happening.”

Sometimes last week, some herdsmen had reportedly shot sporadically to scare residents of the Obojofia community which is not too far from where the sack of bullets was retrieved.

Although the herders were said to have apologized for their actions, residents could still not put up with the fact that the animal farmers had ammunitions on them.

Eze progressed, “Herdsmen have invaded my community and my people are doing things in fear now. As you know, these people are armed to the teeth.

“I have reported the matter to the Area Commander here. He even saw more than one thousand cows invading the community. The story you heard is the truth and I don't know the next step to take. They stay in our bush and do whatever they like.

“As they move around, they destroy our crops, causing pains to our people, especially the farmers. The funniest thing is that I don't know where they got their instruction from. They do things with impunity and I can't understand.”