Young people look to faith teachings to save the planet 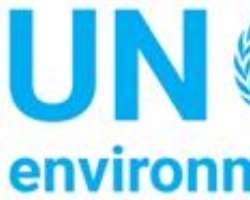 July 15, 2019 – As concern for the environment grows across the globe, around 350 young leaders from more than 50 countries today discussed solutions, examining innovative examples and best practices as they met at the second international Laudato Si’ interfaith conference held at the UN Environment Programme (UNEP) headquarters in Nairobi.

“I find hope in the young women and men around the world who are drawing on both faith and science to campaign for change and to raise awareness about how to live more sustainably,” said Joyce Msuya, Deputy Head of UNEP.

“We at the UN Environment Programme are working hard every day to build a path to a sustainable future,” she added. “We are deeply committed to working with youth, as well as with faith leaders and faith-based organizations from around the world, to achieve the goals set out in the 2030 Agenda for Sustainable Development.”

Four years ago, in his encyclical letter, Laudato Si’, Pope Francis highlighted the need to think about the fragility of nature and the billions of impoverished people suffering most from the environmental degradation human-centered development is causing. He said it would be important to consider making personal choices that can contribute to the greater good rather than the gratification of our short-term desires.

“The Church is committed to playing her part in raising awareness and advocating for action, while accompanying local communities with their struggles in the ground,” he added.

Recounting her experience of Cyclone Idai – which caused catastrophic damage when it battered parts of Mozambique, Zimbabwe, and Malawi in March – 25-year-old Jessica Gimo from Beira, Mozambique, noted that it is possible to mitigate risks and avert climate catastrophes with adequate information.

“In my view, the lack of information made the damage worse, because if the information had been passed in time, if they had informed us of the magnitude of the Cyclone, we would have made plans to move to safe cities. I believe that the situation would be different and maybe the damage would be minor,” she said.

In 2017, UNEP launched the Faith for Earth initiative, which has already built a network of more than 750 faith-based organizations to harness the power of faith on behalf of the planet. The same year saw the establishment of the Interfaith Rainforest Initiative, with its mission to bring moral urgency and faith-based leadership to end the destruction of our tropical forests.

During the conference, UN Environment’s Faith for Earth Initiative – along with partners including the Catholic Youth Network for Environmental Sustainability in Africa (CYNESA), the World Wildlife Fund Regional Office for Africa, the Young Muslim Association and the Dicastery for Promoting Integral Human Development – heard from speakers who provided a scientific perspective on the current state of the world and discussed the importance of youth engagement.

The Laudato Si conference coincides with World Youth Skills Day, and comes days after networks representing more than 7,000 higher and further education institutions from 6 continents announced that they are declaring a Climate Emergency, also agreeing to undertake a three-point plan to address the crisis through their work with students.