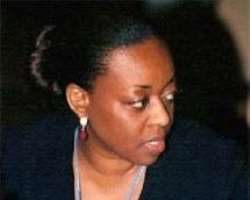 Nigerian mass communication practitioners have always practised journalism of conscience and national commitment, as former Information Minister Tony Momoh used to call it when he was in the 1970s the editor of the influential Daily Times newspaper. The series of ongoing reports revealing the controversial roles of an otherwise obscure Lebanese firm named Zakhem in countries like Liberia, Ghana and, of course, Nigeria shows the Nigerian media are committed to enduring values and the sanitisation of our society. zakhem International, which has practically been declared a persona non grata because of its stupendous bribery of government officials in West African countries, has surprisingly been enjoying a most chummy relationship with the leadership of the Nigerian National Petroleum Corporation (NNPC) which has expectedly been generous to it with gas pipeline contracts totalling about one billion dollars, according to media reports. When we left the corporation some 20 years ago, the rot had admittedly set in, but no one anticipated it would ever get to the present calamitous level.

The media have also revealed that another eminently controversial company in the gas sector, Kastech, is owned by Sir Emeka Offor, founder of the Chrome Group, who has of late been making headlines as a financier of the ruling Peoples Democratic Party (PDP), rather than as the self-styled godfather of Anambra State politics, which hitherto had been the case. Offor, say the reports, floated this firm to win more government contracts without the public knowing that it belongs to him; preventing the public from knowing became imperative after the odium that trailed—and still trails—the multimillion dollar contract for the Turn Around Maintenance (TAM) of both the 60 000 barrels per day Old Port Harcourt Refinery commissioned in 1965 and the 150 000 bpd New Port Harcourt Refinery and Petrochemicals Company commissioned in 1989.

There is, however, an impression in the media that has to be corrected. And it is the impression that the the Port Harcourt refinery contract is the first TAM job Offor has been involved in Nigeria. Unknown to most Nigerians, including key industry participants and observers, Offor participated in the TAM contract for the 125 000 bpd Warri Refinery and Petrochemical Company in the early 1990s. The contract took years to execute, rather than a few weeks. Yet at the end of the day the job was abandoned. The name of the company involved in the so-called TAM was ANCHOFF Strongholds Ltd.

Infuriated by this state of affairs, the Federal Government set up a panel to investigate this mess. The panel was headed by Aret Adams, the most highly respected former NNPC chief executive who was to become the special assistant on petroleum affairs to General Abdulsalami Abubakar when the latter became the Head of State in 1998. Adams discovered, among other things, that Offor's ANCHOFF Strongholds was unjustifiably paid three billion naira and, consequently, recommended its blacklisting. It also recommended the dismissal of the Warri Refinery Managing Director, Dr Owokalu, who had fled to London immediately the panel was set up. It is a pity that Dr Owokalu is now in total penury. I was one of the people who advised him against the ANCHOFF affair which we knew was going to be a catastrophic national scandal, but he felt I was too junior in the system to advise him.

It speaks volumes about the Nigerian condition that the time Offor became the first Blackman to be awarded an oil refinery TAM contract in Nigeria, he was a mere clearing and forwarding agent in Warri, Delta State, a job he began when he left Julius Berger as an earth moving equipment operator! ANCHOFF Strongholds had just been incorporated hurriedly for the TAM job. There was no bidding of any sort. Some characters in the NNPC leadership and the Ministry of Petroleum Resources conspired to give Offor the hefty job.

Worse is that in spite of the abandonment of the TAM job at the WRPC Ltd and the blacklisting of Offor's company, as recommended by the Aret panel, Offor went on to win a much bigger contract, that is, the contract to carry out TAM on both the old and new Port Harcourt refineries at Eleme, Rivers State. It was a deal involving the then Head of State, General Sani Abacha; the then Minister of Petroleum Resources, Chief Dan Etete who has since been jailed in France for massive corruption; the Group Managing Director of the NNPC, Engr Dalhatu Bayero; and the then Secretary to the Government of the Federation, Alhaji Giddado Idris, who more or less packaged it. This deal cost the nation over $100m. The refineries were never fixed. The result has been the massive importation of petroleum products into Nigeria on an unprecedented scale—up to this day.

A grateful Offor was to make Idris the chairman of almost every organization of his, including AFEX Bank which he acquired when it was known as Orient Bank with the headquarters in Enugu. With his tremendous financial power derived from the refinery TAM contracts and acquisition of AFEX Bank, Offor moved into Sao Tome and Principe where he has become about the biggest oil player. He even decides who becomes the leader of this tiny island nation with plenty of hydrocarbon deposits.

When President Olusegun Obasanjo assumed Nigeria's leadership in 1999 and publicly declared anti-corruption a priority of his government, most citizens thought that he would take a hard stance on the Port Harcourt refinery contract. He never did. If anything, he went into bed with Offor in the name of political party solidarity, otherwise called the “PDP family affair”. Offor's Chrome was paid N8b for the Yola-Bauch transmission line over and above Pivot Engineering which bidded for the electricity job for N6b. In May, 2001, the Obasanjo government awarded the contract for the construction of the Gombe/Yola/Jalingo transmission line to Chrome. Like the first electricity contract, it was abandoned. The House of Representatives Committee on Power which looked into the execution of the contracts recommended the recovery of the Gombe/Yola/Jalingo payment, Chrome's blacklisting and the investigation of the jobs by the Economic and Financial Crimes Commission. The recommendations were never carried out. Lest we forget, when the Senate Committee invited Offor to clear the air on his role in the refinery TAM contract, he publicly blasted the members and told them in the presence of the press “no one can blackmail me!”. He walked out on them right there in the Senate. That's the end of the matter.

The Obasanjo government gave to Offor's Environmental Remedial Holding Company (ERHC) highly prolific oil blocks in both Nigeria and Sao Tome and Principe for almost free; both countries own and operate the Nigeria-Sao Tome Principe Joint Development Zone.The generous awards caused an uproar in the international scene. Readers may wish to read up the international reaction to these awards by searching the Internet through Google or Yahoo or any search engine.

The Emeka Offor story as regards government contracts in Nigeria is a saga, an epic. Thanks to the Nigerian media for letting the public know that Kastech, which is angling for a $5b contract from the NNPC for the construction of gas pipelines from Ajaokuta to Kaduna and Kano, is another name for Chrome. Kastech has already won two major gas contracts from the PDP government. The first was in 2008 when it was assigned the construction of the 107 kilometre by 24inches gas pipeline which runs from Adanga Addax Platform to Calabar. The contract value is $156m. The second contract is for the integrity assessment and rehabilitation of the Oben-Sapele Gas Pipeline and the upgrade and extension of the existing gas metering facilities. The contract sum is $26.4m plus N1.1b. Still, Offor has no yard or even mere trucks to execute the jobs. He is a portfolio businessman who always clutches supposed Memoranda of Understanding.

How long will things continue this way in our country? Well, there may well be a glimmer of hope. True, a particular very senior NNPC official tells everyone who cares to listen that he is in dire need of money because he is about to leave the system on grounds of old age. True, this official is reputed to have been compromised by all manner of businessmen. But not every NNPC official has sold his conscience. The new NNPC MD is an honourable gentleman. He is a different kettle of fish, like the Minister of Petroleum Resources, Mrs Deziani Alison-Madueke.

Kazeem was on the NNPC technical staff.