You Can Not Win Any War Again – Afenifere warns Northerners

Says..."Coalition that fought Biafra in 1967 has collapsed.."
By The Nigerian Voice 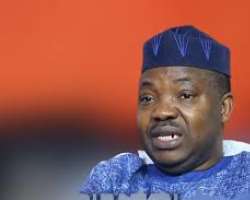 The apex Yoruba socio-cultural organisations, Afenifere has warned their counterpart in the north, Arewa Consultative Forum, ACF, against fanning the flames of war in the country.

Afenifere established that ACF’s support for setting up settlements for Fulani herdsmen across Nigeria was another way of calling for war.

The Yoruba organization was reacting to the latest position of the ACF where the Northern group urged those opposed to the setting up of Fulani herdsmen settlements, popularly called Ruga, across the country to drop their opposition and allow the policy take off.

Afenifere, through its spokesman, Yinka Odumakin, told reporters that “these people are praying for a war.

“They want to set Nigeria on fire, ablaze. Let us warn them loud and clear, the coalition that fought the civil war between 1967 and 1970 has collapsed forever.

“They should not think that they can go and fight anybody now and win. We know history even in 1967; we know where victory came in that war.

“They should be careful the way they are going. They should let us live in peace and harmony on the basis of true federalism, but if they think that they can lord it over the rest of the country because they hold temporary power for four years, they are playing with fire.

“They are looking for something else, which is not in the interest of the country. To say that they want Ruga settlements implemented all over the country is a declaration of war on the rest of us.

“The federal government through its body language, policy, action has turned sectional and that is why nothing is happening to these people making this hate speech.

“What did Nnamdi Kanu do that they charged him for treason? But the government is keeping quiet when a group is issuing threat against a section of the country because they are protesting against cows destroying their farm crops.

“Today, unfortunately, the federal government is losing its authority by allowing a group to issue threats against citizens; we are on the road to Kigali.

“This is just about conquest, domination, land grabbing, and forceful take over of territory; go back to history, the entire Hausa land today, Berom and Ilorin, they never have emirs, there is no town in Hausa land today that the Fulani built, but go everywhere; go to Zamfara, they have emirs everywhere. How did they do it? They used religion then to take over the territory, now they want to use cattle to take over the rest of the territory of Nigeria.”