The horrors of irregular migration 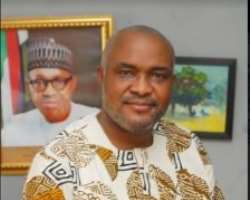 Once again the nation is left to confront the hydra-headed monstrous existential challenge posed by the unimaginable horrors that steer thousands of our youngsters in the face as they attempt to migrate to other safer climes due to the unprecedented rise in insecurity, instability, threats of Islamic terrorism and the ever expanding wars waged by all manners of armed bandits targeting civilians all across the Country that looks increasingly like a failed entity.

The nation Nigeria is no doubt in an existential quagmire at these trying moments of serious lack of leadership by politicians to figure out exactly how to protect the international borders to also checkmate and reduce the massive inflow of assorted and sophisticated weapons of mass destruction that hundreds of illegal aliens are importing into Nigeria which are used to destabilize the country.

Border security which is lacking is therefore a significant contributor to the widespread insecurity across the country occasioning the mass migration of a large part of the frightened population unsure of what reason it is that has encumbered and stopped the political actors in the government from fixing the broken down state of border security.

Sadly the more the horrors encountered by Nigerians migrating away from the existential troubles of Nigeria are becoming, the more heartlessly cruel and unwelcoming the world is becoming and the more a lot of people misunderstand the rational reason that informs the desperation by most people to flee to safety out of Nigeria.

The people fleeing Nigeria are therefore subjected to all kinds of man’s inhumanity to man and treated as individuals deserving no humane sympathy and empathy from the populations that are relatively far from the epicenter of the emerging and ever widening spectre of civil conflicts. Those desperate to escape the state of war in Nigeria go to the extent of being turned into slaves in Libya. Others who managed to board makeshift and rickety canoes to leave for Europe through the deadly and dangerous Mediterranean sea are sometimes thrown over board to be swallowed by aquatic animals in the wild seas. Men, women and children are subjected to all forms of dehumanization and deprivation all because of their desperation to flee from the disasters at home.

Two events happened within the last two days to dramatically and graphically explain the gravity of the horrors that Nigerians embarking on irregular migration are facing.

The first is the refusal of the Italian administration to allow a ship to dock in their territory which conveyed some migrants off the coast of Libya. The second event is related to the first because the Holy Father came under attacks for asking the political authorities in the Western world to extend their hands of assistance, compashion and humaneness to refugees and migrants fleeing from crises torn areas on African continents and other flash points around the middle East.

In between the two related events is a third which is catastrophic and has to do with the coordinated bombing of a certain Libyan migrants' detention center in which there were terrible fatalities.

The United Nations which hasn't done so much to ameliorate the sufferings of refugees has already called for an independent inquiry into the bombing of a Libyan migrant detention centre that left at least 44 dead and more than 130 severely injured, describing the attack as “a war crime and odious bloody carnage”.

The detention centre east of Tripoli was housing more than 610 people when it was hit by two airstrikes. Libya’s UN-recognised Government of National Accord (GNA) and the Italian interior minister, Matteo Salvini, blamed the bombing on the air force of Khalifa Haftar. The African Union which is like a weak contraption has stood by and watch as African migrants are wasted.

The central administration in Libya known as GNA has been defending Tripoli from an assault launched by Haftar’s Libyan National Army (LNA) on 4 April that has left hundreds of people dead.

Gen Khaled el-Mahjoub, a spokesman for the LNA; denied targeting the detention centre, saying it was the militia camp in the Tajoura neighborhood that was the target. He did not deny, however, that the migrant detention centre was hit.. “We didn’t give orders to target the shelter,” he said.

The UN secretary general, António Guterres, called for an independent investigation into the “outrageous” bombing. UN spokesman Stéphane Dujarric said the secretary general condemned “this horrendous incident in the strongest terms”. The UN is indeed a huge embarrassment to humanity since it has deliberately failed to speak for refugees and migrants facing tumultuous and life altering challenges and violence of unprecedented scale.

The death toll, which includes many women and children, represents one of the largest single losses of civilian life since the civil war in 2011.

The air raid, involving two missiles, occurred in the early hours of Wednesday morning and left the detention centre a charred ruin. The LNA had on Monday warned that it was stepping up air raids on the capital in response to recent military reverses.

The commander of LNA’s air force operations room, Maj Gen Mohamed Manfour, had warned that as part of “exhausting all traditional means” to capture Tripoli, LNA would conduct “strong and decisive airstrikes” against select targets.

The UN refugee agency had previously called for people to be removed from the detention centre in Tajoura, expressing fears that they were likely to be victims of air raids being mounted by Haftar’s air force. The detention centre is close to a military supply depot for militia working to protect the GNA.

Condemning the destruction, the UN special envoy for Libya , Ghassan Salamé, said: “This attack clearly could constitute a war crime, as it killed by surprise innocent people whose dire conditions forced them to be in that shelter. The absurdity of this ongoing war today has led this odious bloody carnage to its most hideous and most tragic consequences.”

The international outcry as captured in many reports in the media around the globe, including an emergency closed session of the UN Security Council, will put pressure on Haftar’s backers, notably the United Arab Emirates and Egypt, to withdraw their support, or at least demand an end to the nightly air raids.

The UAE is already facing a threat of a US congressional ban on US arms sales amid claims, denied by the UAE, that arms supplied by the US have been transferred to Haftar for his assault on Tripoli. The UN has imposed an arms embargo on Libya.

The multiple calls for an inquiry into the attack on the detention centre were led by the UN secretary general, the African Union and the European Union, and supported by individual states including Germany, France, Turkey, Qatar and the UK. Nigerian President Muhammadu Buhari has only just chorused his condemnation of the attack when he met with the head of the Libyan governing coalition affiliated to the United Nations. But no concrete measures are in place to prevent recurrence.

Whereas the media notes that series of criticisms have trailed the possible war crimes by these Libyan merchants of death suspected of culpability in this mass killings, a far right politician in Italy known as Salvini, criticised across Europe for his refusal to allow migrant ships from Libya to dock in Italy, was the most forthright, saying: “Haftar is responsible for a criminal attack … I hope there is no one left, and I do not mention the French, who for economic and commercial reasons support an attack on civilian targets.” Italy has repeatedly accused France of covertly helping Haftar, and his claim to be leading a fight against Islamists and terror.

The EU defended itself from claims that it was responsible for the plight of the migrants in Libya by backing Libyan coastguard efforts to deter the migrants from reaching Europe.

Calling for an independent investigation, the EU said: “We have sought to evacuate refugees and migrants from the detention centres near the frontline. Where possible, we have enabled them to find safety outside Libya – these efforts must continue and be stepped up urgently.

“Unfortunately, many more are at risk and should be transferred to safe places swiftly so they can receive assistance and be evacuated.”

Haftar’s Libyan National Army said the attack may have been committed by the GNA missiles, a claim that led some countries to hold back from identifying LNA culpability, at least until an inquiry was complete.

In a statement, the GNA denounced the attack as a “heinous crime” and blamed it on the “war criminal Khalifa Haftar”. It accused pro-Haftar forces of having carried out a “premeditated” and “precise” attack on the detention centre.

The NGO Exodus claimed that Haftar’s forces were responsible for the raid, but said: “The bombardment, however criminal, is due to the equally criminal practice implemented by GNA forces of Fayez al-Sarraj to use migrants as human shields, hiding militias and armaments inside detention centres crowded with migrants.”

The group said it had been warning European leaders for two months that people in the detention centres were in danger from the air raids, but that its pleas had been met only with “grim political calculation”.

Whereas the World displays frightening levels of insensitivuty towards migrants, Pope Francis' tweet that 'migrants are first of all human persons' drew fire online.

'Take the Illegal Immigrants to the Vatican and you keep them,' tweeted one

'Say a few words about Jesus, Mary, the Holy Ghost, the resurrection and Hell'

PopeFrancis has been bombarded with abuse from Italian Twitter users after urging Catholics to pray for migrants.

'Migrants are first of all human persons, and that they are the symbol of all those rejected by today's globalized society,' the pontiff tweeted on Monday.

But his charitable sentiments garnered him abuse from social media users in Italy .

'Enough! Stop it! And change the record!' commented one Twitter user.

'When you have a bit of time between a lecture on migrants and a sermon on migrants, tell us something about the children and the destroyed families of Bibbiano,' said another.

Bibbiano it would be recalled is the Italian port where the German captain of a private rescue boat carrying illegal immigrants threatened to ram an Italian police vessel trying to stop it from landing last week.

'If maybe after four years talking only about migrants, you would also say a few words about Jesus, Mary, the Holy Ghost, the resurrection, Hell, I swear we wouldn't be offended,' wrote another

Another Twitter user wrote: 'The word migrant is a mystification of reality. We begin to make distinctions; take the ILLEGAL IMMIGRANTS to the Vatican and you keep them.'

'You're out of order! Kick your a*** to Avignon!' read one angry response, referring to the French town where seven successive popes reigned from 1309 and 1377.

The Pope's call for compassion for migrants could put him at odds with populist Italian Prime Minister Matteo Salvini.

Salvini has vowed that Italy will no longer host the hundreds of thousands illegal immigrants crossing the Mediterranean from North Africa every year.

And he has accused other EU states, especially France and Germany, of hypocrisy for condemning his stance while refusing to take in more arrivals. The Pope is about the only Voice in the advanced western society that takes the bullets because of his commitment and passion to speak to the issues of providing shelters and safety for migrants. A certain so called religious and cultural leader from one of the religions of the East had even suggested to Western Europe to deport black and Asian refugees back to their nations to avoid what he calls cultural contaminants and abti- Western cultural influences. Such is the depths of hatred for refugees that they are viewed as the wretched of the Earth that should be allowed to perish. The ill treatment of refugees makes the World looks increasingly cruel and unsafe for humanity.