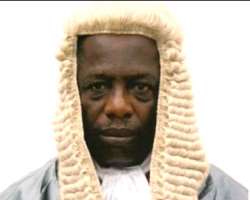 On 14th July, 1954, a baby boy who was later known as Aloy Nweke Nwankwo was born to the family of Chief Nwankwo Awuji of Amainyima kindred in the pastoral community of Ezzama in the present Ezza South LGA of Ebonyi State. After his primary education, Aloy Nweke Nwankwo's quest for further education took him to the famous Ezza High School, Amuzu between 1970 and 1974; St. Augustine's Grammar School, Nkwere, Imo State between 1974 and 1976; and later to the prestigious University of Ife (now Obafemi Awolowo University) where he studied Law between 1979 and 1982. Youthful Nwankwo enrolled into the Nigerian Law School, Lagos and was called to the Nigerian Bar on 8th July, 1983 at the age of 29. Barr. Aloy Nweke Nwankwo served his fatherland between 1983 and 1984 in Enugu. Barr. Aloy Nweke Nwankwo had his pupillage at Mogboh, Ibik and Co. which was one of the best law firms in Enugu as at 1984. His pupillage ended in 1990.

Distinguished in character and learning, Barr. Aloy Nweke Nwankwo established his law firm known as Ezekuna Law Chambers at 32 Chime Avenue, Enugu. This was not a mean feat for an Abakaliki man at that time; and it set Barr Aloy Nweke Nwankwo on a trajectory of eventful comprehensive administrative and legal career which spanned through the bar, the bureaucracy and the bench; and transformed the unassuming Ezzama lad into a model administrator, an excellent legal icon and a revered high priest in the sacred temple of justice. An astute administrator, Barr. Aloy Nweke Nwankwo served in the Governing Board of Institute of Management and Technology, Enugu, between 1988 and 1992; and as the Special Adviser on Rural Development to the Governor of old Enugu State between 1992 and 1993. A lawmaker, Barr. Aloy Nweke Nwankwo was elected into the defunct Nigerian Constituent Assembly which drafted the defunct 1989 Constitution of the Federal Republic of Nigeria. In 1995, Barr. Aloy Nweke Nwankwo was "ordained" as a high priest of the sacred Temple of Justice through his appointment into the bench as a High Court Judge in the old Enugu State at the age of 41. This also was a great feat given the criminal inhibitions laid on the way of Nwa Abakaliki in the milieu known as old Enugu State.

As the prefect of Ebonyi State Judiciary, Justice Aloy Nweke Nwankwo, has strengthened the state judiciary to serve unadulterated justice to every person at all times without fear or favour. He equally ventilated the judicial space by creating more judicial divisions and magisterial districts to curb congestions both in the courts and in the prisons; and to ensure speedy delivery of justice. A realist to the core, His Lordship, Justice Aloy Nweke Nwankwo ensured prompt and adequate provision of adequate infrastructures and necessary logistics for all the new and 80% of old judicial divisions and magisterial districts. His Lordship did not stop there, he also facilitated the establishment and take-off of Federal High Court Abakaliki and the National Industrial Court, Abakaliki. Justice Aloy Nweke Nwankwo equally ventilated the Bar Association in Ebonyi State by facilitating both the creation and take-off of Nigerian Bar Association, Onueke.

Justice Aloy Nweke Nwankwo enjoys lifting people up. Through unrelenting encouragements and recommendations, Justice Aloy Nweke Nwankwo, a two-time member of the National Judicial Council, NJC, has facilitated the appointment of lawyers and judges of Ebonyi origin and others from elsewhere into different superior courts of record; as well as their elevation into the Court of Appeal and the Supreme Court; and their appointment into the cult of Senior Advocates of Nigeria. It is instructive that when His Lordship served as a member of the Legal Practioners' Privileges Committee, LPPC, that the first Senior Advocate of Nigeria of Ebonyi State origin, Prof. Amari Omaka, S.A.N., was appointed.

It is correct to say that Justice Aloy Nweke Nwankwo who served as the secretary of the Body of Chief Judges of Nigeria, BCJN; and presently is a member of Body of Benchers and a Life Bencher has seen it all in the Nigerian Judiciary where he served meritoriously without a dent. Consequently, Justice Aloy Nweke Nwankwo's cap is decorated with a galaxy of local and international garlands some of which are Member of the Order of the Niger, MON, in 2008; Fellow Chartered Institute of Arbitrators, FCIArb., in 2008; and Commander of the Order of the Niger, CON, in 2013. His Lordship, a Christian father and husband of one wife is married to the love of his life, Chief Mrs. Lilian Nwankwo; and the union is blessed with children.

As the legal career of this all-time achiever and judicial champion winds to a glorious end on Friday, 12th July, 2019, the people of Ezza Ezekuna under the auspices of Ezza Ezekuna Welfare Association glorify God for His graces upon their son. In a release signed by Chief Tobias Okwuru and Monday Eze, the people of Ezza Ezekuna appreciated Sen. Sam Egwu, Sen. Julius Ali Ucha, Chief Tobias Okwuru, Rt. Hon. Onwe S. Onwe, Hon. Sabinus Nwankwegu and the members of the founding session of Ebonyi State House of Assembly for their roles in the career of His Lordship, Justice Aloy Nweke Nwankwo. In the same release, Ezza Ezekuna expressed warm sentiments for Chief Martin Elechi and to His Excellency, Engr. David Umahi for their respective support to their son.

To God be the glory!