Where is Divinity in Christians Offering Commercial Toilet Services? 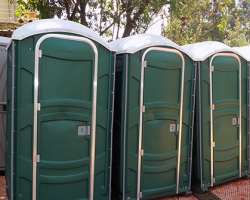 I will use the case of Christians in Kenya to explain how Christianity has become so morally lazy to an extent that the current Christian institution is now a hub of satanic consciousness like cash for prayers, justified homosexuality, commercial prayers and the sorriest of all commercial toilet services only not to mention the cash minting industry of coffin making-a business that thrives on poverty, rampart HIV aids, Cancer, poor health care facilities, road accidents, human suffering and grieving. My contumely unto the modern Christian society in Kenya is a response to the harrowing instance I witnessed in Eldoret town on Monday 10th June 2019.

It was at mid-day, when an aged old man on the pang of the running stomach wanted to use the public toilet at the main taxi park in Eldoret town. But he could not. The commercial toilet attendant declined to let the old man visit the office of nature because the old man was not able to produce ten shillings he could be allowed to use the toilets. There was no otherwise for the unfortunate old man other than dirtying his clothes. It was so poor of a situation to the old man. The toilet attendant remained unmoved, she was as calm as ever, as if she had seen several of such cases. But what can one say about such like avaricious cultures of commercial public toilets being part of our post-modern civilisation, if not to find them in a poor taste. I mean if at all one is lucky to out-grow money-maniac fuelled social insensitivity overt in current Kenya’s public life to nurse a concern for human dignity.

This heavy-weight debacle of Eldoret instance resembles in material facts with another case of a church operated commercial toilet services in Narok town. The church is along the Narok-Bomet road, it is located next to the Kenya National Public Library. In the mid of April 2019, I happened to visit the William Ole Ntimama section of the public library at Narok to read the Agenda for the Third Millennium by Pope John Paul II. After which I chose to walk to my house in Mwamba estate. I passed through a church compound in which was the facilities for commercial toilet services. But one door to the toilet rooms was closed and under sizeable bad-lock. On the locked door were the words; ‘pastor’s toilet’.

These two instances are only an overtone of the booming commercial toilet business in Nairobi, Nakuru, Kisumu and Mombasa. All public toilets in Nairobi are only accessed after paying a fee of ten to twenty shillings. This is the same case to the public toilet facilities in Eldoret and Kisumu. Some hotels in Nairobi run commercial toilet services in that a visitor to a hotel has to pay for food and then to pay separately for the time he or she happens to visit the toilet facility within the hotel. It is not a surprise to find out that most of the hotels have the departments of commercial toilets as their cash cows given the regular desperate walk-ins to visit the private rooms but not to bite or have a drink. Not that they are not hungry, but it is too expensive to afford buying food and cloak rooms services at the same time.

All the municipal and County government sponsored toilets in Kenya now operate on cash before service basis. This means that one must pay before responding to the call of nature by using the public toilet in Kenya. This is a social practice that beats logic in the sense that if the people of Kenya plus the visitors to Kenya are already taxed by the Kenya government to fund the government to provide such like basic social services then why the shame of asking a person to walk around with coins for commercial toilet services. The tax monies collected by the central and county governments are supposed to provide for good environment that supports life, how comes again that a Kenyan must pay before visiting a public toilet? Is this not mass avarice? or laxity on the hand of the government to enforce social justice? or political brutality through double taxation? or extortion or failure by the people of Kenya to demand for their rights by standing up to confront the madness in the cash-maniac breed of politically propagated capitalism currently observed in Kenya?

Capitalism is sending Kenyans crazy, Kenyans in the urban centres now are too selfish beyond the logic of normal capitalism. Good capitalism operates on the logic of market efficiency. A concept that the market must improve the quality of life of both the buyer and the seller. Market efficiency is morally bound to operate on the basis of exchange of cash for utility. Unfortunately, there is nothing utilitarian that goes to the buyer in the process of Selling commercial public toilet services to an overtaxed citizen.

Unfortunately, all the commercial toilets in Kenya are operated by Christian individuals and Christian institutions. However, it is not out of context to warn my dear readers that it is not only Kenyan Christians that are morally depraved down to this extent of commercial toilet capitalism. Social research across most of Christian dominated nations shows that Kenya is just a replica, a mirror image of modern Christian consciousness in the modern cash-conscious world. Christianity which began as a hand-maid of socialized Godliness, then a hand-maid to science, is now a choiceless hand-maid to socialized thoughts for smart financial success without compensating level for economic prosperity to all. A modern Christian does not want to earn his food through the sweat of his brow. Thus, the Nairobi money-makers that often form a church and then sell it way at whopping of price are not in isolation, they may be having their capon copies somewhere else in the Christo-pagan world calling itself as Christianity. The church in Kenya is now the money-making entity. Contrastingly, Kenyan Muslims are not in this business. Courtesy of Islamic teachings. But still the same, good reading of the Bible also disapproves a Christian making money from misfortunes of others. Why modern Christianity is focussed on making easy money to an extent of running businesses like commercial toilet services is not an issue to be ignored. It is a collective act of break-down in self-awareness worth immediate cautioning. Christianity is degenerating into moral abyss in its blind running after easy money. It is time the Christian institution did some soul-searching.