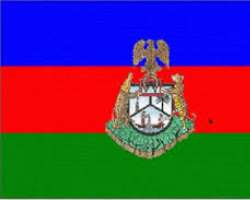 As ethnic nationalities in Nigeria laments the spate of underdevelopment allegedly ochestrated by unscrupulous elements in the system, the Ijaw Youth Council (IYC), said the Ijaw nation is not left out of this magot.

"The Ijaw nation is in no doubt suffering from acute underdevelopment occasioned by the criminal neglect of the people by successive governments since independent".

The shocking revelation was given Tuesday evening by the IYC president worldwide, Pereotubo Oweilaemi Esq., in a press release signed and made available to our correspodent.

According to him, "the Ministry of Niger Delta Affairs, Niger Delta Development Commission (NDDC), and the Presidential Amnesty Programme (PAP) are all swimming in a cesspool of corruption and the same has irredeemably thwarted the purposes for which those institutions have been established", he alleged.

While taking a swipe on leaders in positions of authority for the setbacks the region is going through, Oweilaemi said: "We should not always cry of underdevelopment to the Federal Government. Even this Buhari Government that many see as an anti-Ijaw government have benefited the Ijaw nation in no smaller measures. While we are crying that not many Ijaw people are in strategic positions in the Government, we should not forget to appreciate the fact that four Ijaw sons are occupying the NDDC Board as the Managing Director, the PAP as the Coordinator and Special Adviser to Mr. President, DG NIMSA and Secretary NCDMB respectively.

"These offices alone, if well managed, ought to benefit the Ijaw nation beyond one's comprehension. The biggest problem to the Ijaw nation's underdevelopment is our political elites in authority. These agencies in the region are becoming a conduit pipe to siphon money. Those in the saddle will rather think of how to enrich their pockets by pilfering away our common patrimony leaving the primary issues unattended".

The IYC president who opened the can of worms, alleged further that contracts awarded were not primarily to solve the problems of waterlogged communities but to enrich individual persons and their cronies through those phantom and overinflated contracts.

"In spite of the trillions of naira spent on these institutions, Ijaw communities are still being submerged by the perennial flooding. Our communities are still largely inaccessible by road networks despite the huge budgetary allocations to the Federal and state governments' agencies in our region.

"We will not always blame the Federal Government for our self-inflicted woes. Buhari himself have done his own part by appointing our sons in those very important agencies. The onus is now left for us to make judicious use of the available resources to develop our region", warning that Ijaw youths from the region would no longer keep quiet over the growing non-performance by their leaders in public offices, saying "We will join rank with the anti-graft agencies to expose the rots in public offices".

He called on the Ministries, Departments and Agencies (MDAs) that are responsible for the development of the Niger Delta region to brace up, "We are taking records of those offices and we will not spare any minute to expose any corrupt fellow. All we need is the development of the Ijaw nation", Oweilaemi disclosed.

In the meantime, he said the desire to set the Ijaw nation free was the reason Major Boro laid down his life for the liberation of the region.

Hear him: "After Boro, several promising Ijaw youths have laid down their precious lives for the liberation of the Ijaw nation from the internal colony. These suicidal agitations have brought some reliefs to the people.

"Through the liberation struggle, we have development intervention agencies in the Niger Delta with huge budgetary provisions for a period of time.

"With these intervention agencies, the Ijaw nation ought to have been developed beyond her present deplorable state but corruption and mismanagement of those institutions have hampered our development", he regretted.