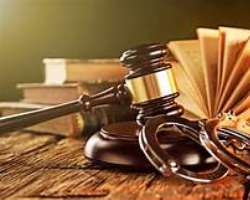 Their journey to prison followed intelligence report received by the Kaduna Zonal Office of the EFCC, concerning a fraudsters syndicate, which was holding sway around Mararaba, Nyanya and Karu axis in Nasarawa State and Federal Capital Territory, FCT.

Tsetimi was arraigned on a two-count charge bordering on cheating by using his Skype account to pose as Gwen Caldwell, an offence which contravenes Section 95 of the Penal Code Laws of Northern Nigeria, 1963.

Yusuf faced a one-count charge of cheating and obtaining by false pretence by feigning to be one Ben M., a geologist at Oil-Dril Corporation of America using a false email account, an offence that contravenes Section 95 of the Penal Code of Northern Nigeria, 1963.

Ogunbiyi was arraigned on a one-count charge bordering on cheating by sending scam e-mails using Instagram, an offence that is contrary to Section 95 Penal Code Law, Cap 89 Laws of the Northern Nigeria, 1963.

On his part, Obozokhai was arraigned on a one-count charge of cheating by pretending to be one Clark Mullins and and sending scam e-mails through which he defrauded one Lynn Dianna Bowel of USD$5,000. His offence was contrary to Section 321 of the Penal Code Law and punishable under Section 324 of the same Law.

Eruese was arraigned on a one-count charge of cheating by pretending to be Isaac Lucas and a citizen of Barcelona, Spain residing in Atlanta, Georgia, a false pretence through which he defrauded unsuspecting victims using false e-mail account. His offence contravened Section 95 of the Penal Code Law of Northern Nigeria, 1963.

They all pleaded guilty to the charges against them. In view of their separate guilty plea, the prosecution team comprising, S. H. Sa'ad, Jamil Musa, Onyeka Ekweozor, Precious Onyeneho, Maryam Lawal and Matiyak John informed the court of a plea bargain agreement they entered with the EFCC and urged that they be convicted accordingly.

The defence counsel, Sule Akome, however, pleaded with the court to temper justice with mercy in sentencing his clients.