“i Was Paid To Accuse Tb Joshua Of Rape” – Shocking Revelation 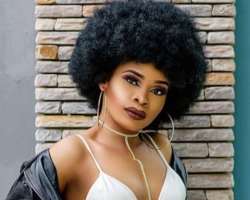 The accusation of sexual misconduct against prominent Nigerian Pastor T.B. Joshua has taken a new twist with the admission of the lady involved that she was paid money to smear the name of the cleric.

According to the Nigerian online portal The Pointer News , Vicki Royce, an upcoming singer based in Lagos State, confessed that “she was paid to carry out the evil act” in accusing Joshua of rape and experienced a mental breakdown ever since her name was embroiled in the scandal.

It would be recalled that shortly after the COZA rape scandal erupted, multiple Nigerian blogs carried the news alleging Royce was raped by Joshua in 2012, even though she didn’t specifically mention his name in the tweets where she recounted the purported assault. Several days later, Royce retorted online that Joshua was not the one who abused her, although the story of his sordid involvement had already spread in the Nigerian social media sphere.

"I beg of you! I was paid to accuse you of rape,” Vicki is quoted as saying to Joshua after she was spotted deliriously ‘roaming’ the streets of Lagos. “Pray for me so that I can get better."

The news comes on the heels of a viral video showcasing another prominent accuser of Joshua, Bisola Johnson, confessing to her own mental instability years earlier in Joshua’s church and ‘begging’ for his help.

It is not the first account of Joshua’s critics being paid to accuse him.

A video on Emmanuel TV's YouTube channel detailing an ex-militant’s confession that he was recruited by a Nigerian church to badmouth Joshua in public crusades in exchange for monetary incentives has been viewed 200,000 times.

The cleric, who is known for his calm mien despite the numerous attacks levelled at him, has described his ‘haters’ as providing free advertisement for his ministry.

“Let people advertise you. Don’t fight back. If truly you are genuine, whatever people say about you – whether they condemn you or spoil your name – it is for your good. If truly you are sent by God, it will turn around to favour you,” he said.