Nationhood; What Did We Do Wrong? 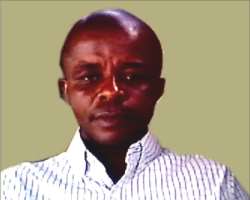 ‘I believe that when the plundering and debilitating hands of the military are removed from governance and the country’s infrastructure, educational and health system are reconstructed, Nigerians will enjoy a boom of creativity and productivity- Ola Vincent’, Former CBN Gov. Sept. 27, 1998.

Democracy, taken objectively signifies the right to choose. What is, however, doubtful of this arrangement is the quality of people making such decisions. As experience has shown that when such number is placed under scrutiny, it often reveals that a greater percentage manifests signs of education but ill-informed while others exude burning desire to bring into play this electoral Instrument conferred on them by the constitution but lacks the action logic to choose rightly.

The above scenario about democracy has accounted for situations where some countries despite their practice of democracy, came to grief because the people applauded and voted those who ordinarily, have nothing to do with governance or organizing civil society, while several others despite our poor systems of government, were well-governed, because good and strong leaders were in charge.

Nigeria, a nation of people with extraordinary intellects, very high energy and vigour and other attributes profoundly important to build a modern nation but socioeconomically stunted, has despite two decades of an unbroken experiment, become a telling example of a state where democracy failed to underwrite social justice or promote social mobility A happening not because the nation is lacking in natural resources but like the recent problem of ‘’global economic recession’ confirmed that poor management of resources can increase the level of poverty even in the most prosperous countries of the world’.

Aside poor management of resources, anyone sensitive to the present moods, trends, and occurrences in the country will discover that the present predicament has its roots in actions, John Hamm, of VSP Capital, in San Francisco, seriously warned against.

Writing on the topic; the five messages leaders must manage, Hamm noted that; if you want to know why so many organizations sink into chaos, look no further than their leaders’ mouth. Over and over, leaders present grand, overarching-yet fuzzy –notions of where they think the organization is going. They assume everyone shares their definition of ‘vision’ accountability and result. The result is often sloppy behaviour and misalignment that can cost an organization dearly.

Certainly, looking at our nation today, it is possible to establish a link between the leader’s asymmetrical definition of ‘vision’ and why people have become so restive, so destructive, so militant and so fractured into ‘ethnosyncrasies’ and idiosyncrasies.

While this calls for concern is that before the attainment of democracy on the 29th May 1999, many political pundits accused the military of being intolerant, immature, corrupt, unserious, unpatriotic and tribalistic. But today, if what happened then was ugly, the present episode is scary as our political class has not only acquired the same title but gone ahead to add poor leadership, poor strategy for development; lack of focus on sectors that will improve the condition of living of citizens such as education, health, agriculture and the building of infrastructure to their achievements.

Over two decades after such plundering and debilitating hands of the military were removed from governance of the country, instead of Nigerians to enjoy a reconstructed infrastructure, educational and health system and a boom of creativity and productivity as envisioned by Ola Vincent, corruption; undeveloped, emasculated labour, poor execution of policies and programmes, conversation on Rural Grazing Areas(RUGA), and rejection of the move to have the nation restructured has become the order of the day.

Having raised these challenges we currently face as a nation, I may go on to say that though we have recorded two decades of democracy, that notwithstanding, non-possession of the basic requirement for a credible democratic practice is the simple explanation that fuels the present national plight.

As an illustration, reports have it that for election to be credible, it must be organized in an atmosphere of peace, devoid of rancor and acrimony. The outcome of such an election must be acceptable to a majority of the electorate and it must be acceptable within the international community. If elections are to be free and fair, laws designed in that regard must not just exist; they must be operational and be enforced. And the power of freedom of choice conferred on the electorates must be absolute and not questionable.

Contrary to these provisions, since the re-emergence of democracy in 1999, the country has conducted different elections and they were all marred by different degrees of malpractices.

Also fueling this national fracture, anger, and restiveness is the deliberate demonstration of impunity, as well as superiority by one group or region against the other. In doing this, we forget the age-long warning that ‘never be so foolish to believe that you are stirring admiration by flaunting the qualities that raised you above others. By making aware of their inferior positions, you are only stirring unhappy admiration or envy that will gnaw at them until they undermine you in ways that you may not foresee'. It is only the fools that dare the god of envy by flaunting his victory'.

Next to the demonstration of impunity is the national vexation by the people who once lived in comfort and loved to stay alive as life was never a burden. But right now, are ill-fed and ill-clad.

To reverse this appalling situation, while the government must recognize the need to discuss the future of this country has become eminently urgent, Nigerians must in the interim remember that to safeguard democracy, the people must have a keen sense of independence, self-respect and their oneness, and should insist upon choosing as their representatives only such persons as are good as true.

Governments must come up with programmes to sustain the youths who for the moment have lost all fears of punishment and yielded obedience to the power of violence. Their fathers and grandfathers embezzled millions of naira meant for development projects. They used the money to acquire arms for electoral purposes. They have armed the youths to unleash terror on their perceived enemies’. The youths seem not to be interested in dropping the guns so easily.

The Alamajiris in the north must be reintegrated back to school, so should challenges of the youths in the south-south whose farmlands and other means of livelihood have been destroyed through oil prospecting and explorations be addressed,