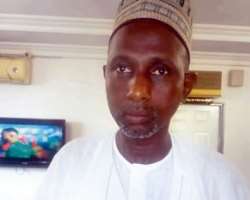 The Miyeti Allah Cattle Breeders Association of Nigeria has said that any governor that objects to the Ruga policy of the Federal Government wants the crisis between farmers and herdsmen to continue.

The Chairman of the Nasarawa State chapter of MACBAN, Alhaji Muhammad Huseni, stated this in an interview with Sunday Tribune in Lafia, the state capital.

Huseni said any governor who refuses to accept the Federal Government's plan to build RUGA settlements for Fulani in their state “wants crisis to continue.”

He said: “Any governor that does not want RUGA settlement in his state is a lover of crisis and doesn't want farmers-herders clashes to end in Nigeria.

“Such governors will like the crises to continue in order to be collecting security votes from FG.

“But we are suggesting to the Federal Government to penalise any governor who is not ready for the RUGA project in his state.”