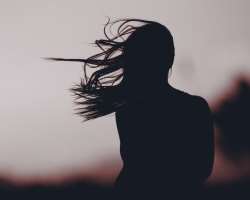 RAPE: A TRUE PERSPECTIVE
Rape is any type of sexual assault usually involving sexual intercourse or other forms of sexual penetration carried out against a person without that person's consent. The act may be carried out by physical force, coercion, abuse of authority, or against a person who is incapable of giving valid consent, such as one who is unconscious, incapacitated, has an intellectual disability or is below the legal age of consent. The term rape is sometimes used interchangeably with the term sexual assault. There is an alarming increase in the number of people raped in Africa, especially SOUTH AFRICA, but NIGERIA is also witnessing a wave of rape especially in the NORTHEAST region of the country.

My Stand: personally, I do not encourage rape and sexual immorality in any form. Acts of sexuality should be consented to by the individuals involved. Rape is a way of taking decision and making choices for people.

WHY RAPE HAPPEN
1. LACK OF SELF CONTROL: A lot of individuals, lack this basic element of morality. They cannot control their emotions and are carried away my what they see and feel.

2. LACK OF PROPER SENSITIZATION: Many people do not know about rape, they are either not informed or misinformed. They do not recognize the danger signs leading to rape.

4. PAY BACK: A lot of guys see rape as a way of getting back at girls who have wronged them, this is very sad and disheartening.

SEDUCTION: A lot of girls are dressed to kill. They dress as harlot but expect courtesy. They seduce these guys through their mannerisms, display etc. Infact 50% of rape victims may be guilty of this, as the saying goes men are moved by what the see.

WHO IS RESPONSIBLE FOR RAPE: Some rape offenders have come out to attribute their acts to psychological imbalance just as homosexual attribute their perversion to some hormonal disturbance, this to me is far from truth.

THE GOVERNMENT: Rape, should be involved in our school curriculum and students, taught to avoid such, awareness and massive SENSITIZATION, should be carried out across the country.

THE FAMILY: Some parents today dress their kids in very seductive clothing, claiming it's fashion, decency is throwback, from early age the are already exposed to becoming rape victims.

RELIGIOUS CENTRES: Our Churches and Mosques are not doing enough to rid this menace out of our society.

RAPE VICTIMS: Although, some maybe victims of circumstances, many are catalyst of their rape, they hang out late hours, meet untrusted people at odd hours, wear rape inviting clothes thereby aiding their rape.

TRUTH: Rape kills the dignity and respect of the individuals involved, rehabilitation centers for rape victims should be established across the country, rape offenders should be duly prosecuted, no matter who is involved.

ATTENTION: NOT ALL CLAIMED RAPE VICTIMS WERE RAPED, SOME LIE IN ORDER TO GET BACK AT MEN, WHO REJECTED THEM, LET'S BE CAREFUL TO CRUCIFY ALLEGED RAPE OFFENDERS.