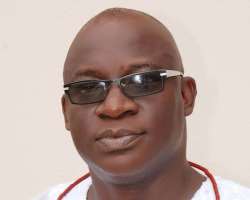 Six years after the death of late Senator Pius Akporokena Ewherido, Delta Central, his friends and political associates are planning to immortalize him.

The Special Assistant to the Executive Director Projects, Niger Delta Development Commission (NDDC) Sir Ejaeta Odjugo, disclosed this while speaking with journalists on the sixth anniversary of the death of the deceased senator.

Odjugo, who described the late senator who represented Delta Central senatorial district in the National Assembly (NASS), as a rare political gem ever seen in Nigeria and Delta State in particular, revealed that the late senator's immortalization plans would be unfolded in no distant time such that the sterling people-oriented leadership style would be appreciated even by future generations.

He noted that though ''30th of June each year, since his departure, has often invoked tears among members of his immediate and extended family, and indeed all of us who are his friends'', there was no doubting the fact that ''Senator Ewherido lived a glorious life of service to the people, which is worthy of emulation''.

According to Odjugo, what distinguished Ewherido from his contemporaries in Nigerian politics was not just his exhibition of uncommon philanthropic spirit but the fact that most of his political activities were motivated by a desire to improve the quality of life of the majority of Nigerians.

He noted that anyone conversant with the Nigerian political arena, and Delta State in particular, would agree that the late senator was being sorely missed.

''I believe strongly that Senator Pius Ewherido is missed by many in the country, and especially in Delta State where everybody, including those who weren't in the same political camp with him, would tell you he's greatly missed these six years.''

On plans to immortalise the departed politician, Odjugo said, ''We are still working on it, and we believe in no distant future this plan will come to fruition.''

Senator Pius Ewherido, who died on June 30, 2013, was former Deputy Speaker and Acting Speaker, Delta State House of Assembly between 1999 and 2007. He was the first senator to emerge on the platform of the Democratic People's Party (DPP) in 2011.