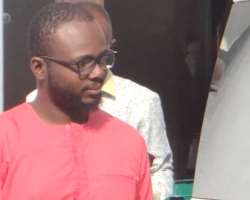 Counsel to EFCC, Nwandu Ukoha told the court that Scales, along with his accomplices who are currently at large, specialized in impersonating people and using their identity to defraud unsuspecting victims by sending various business emails with fake identities and duping them of several millions in various currencies.

The accused person pleaded not guilty to the allegations leveled against him by the anti-graft commission.

In view of his plea, Ukoha prayed the court to remand him in prison and fix a date for commencement of trial.

The court had on July 1, 2019, granted an application made by the prosecution seeking for an interim forfeiture of properties belonging to them.

The matter was thereafter adjourned to October 16, 2019, for hearing of bail application.