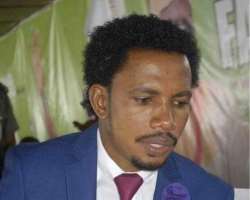 Universally, from the angle of moral psychology the most sacred places on the planet are the burial ground, religious spaces and the Senate chamber.

The yet to fully settle Senate President Ahmed Lawan of the 9th National Assembly along with Deputy President, Senator Ovie Omo-Agege are now in the midst of a worldwide video showing one of them, Senator Elisha Abbo violently beating up a woman.

This unlawful incident took place in a Sex Toys marketplace in Abuja, Nigeria. The woman , an apparent working assistant in the store main fault as shown in the video was calmly and respectfully telling the livid Senator to “take it easy” as he got madder and angrier.

As a private citizen in public office Senator Abbo has the right to help himself in improving his fantasies or intimate life but to kick start with a beating fantasy as widely seen in a closed-circuit television (CCTV) where he physically attacked a woman makes him a possible psychological case.

I once wrote an April 20, 2015 publication “Psychological Screening For Magistrates And Judges To Combat Judicial Corruption In Our Forward-Looking Nigeria” ( https://www.thenigerianvoice.com/news/176624/psychological-screening-for-magistrates-and-judges-to-combat.html ). In the light of ongoing public misconducts of other government officials like legislators this recommendation should become applicable for the sake of public safety and to protect the integrity and dignity of the legislature.

This Senator who represents the good people of Adamawa North, by way of public misconduct engaged in a pattern or practice of conduct that deprived that helpless female worker her workplace rights which is protected by the Constitution or laws of Nigeria. This is bad behavior at its worse, and aligns well with the call of senior Lawyer, Festus Keyamo, and the Amnesty International for urgent police involvement inform of arrest in the face of the evidence caught on CCTV. In all honesty the police should have long become involved in this disturbingly case if they have not done so at the time of this writing. Under normal circumstances the senate President should by now inform the public that Senatorial misconduct as this one in the federal territory especially will be urgently investigated by the senate ethics committee since there is a strong public interest involved, and the public must be informed of the outcomes of the senate investigation and recommendations. Senator Abbo who has been described in the media as a man whose philosophy is “The voice of the people is the voice of Power” , no matter how this case ends with him criminally, non-criminally, legislatively or in a civil way, he should think twice before going into sensual erotic and sex fantasy businesses fighting hard working workers, young women and nursing mothers especially.