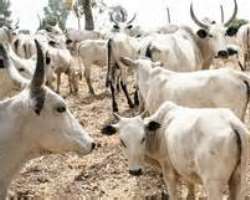 The Urhobo Progress Union (UPU), worldwide wishes to reject in its totality, the Federal Government's proposed Ruga settlement for herdsmen, describing it as a subtle attempt by the government to forcefully cede lands across the country, to the Fulani people who constitute less than one percent of Nigeria's total population.

UPU, in a press release by its National Publicity Secretary, Hon. Abel Oshevire noted that if the government insists on going ahead with the unpopular and repugnant policy, whether optional for states as claimed by the Presidency, the Federal Government has openly demonstrated it's insensitivity to the feelings and yearnings of other Nigerians. It is most unreasonable, uncharitable, callous and unfair to impose a policy, no matter how good such a policy might be, on the majority, just to satisfy the whims and caprices of a tiny minority.

"It is indefensible that this government is bent on implementing a policy that has been stoutly rejected by virtually every ethnic nationality in the country. Are we a conquered people? Are we not in a free country and practising democracy, where the will of the people should prevail?

"Let it be categorically stated that the Urhobo Nation will never cede an inch of her territory to any stranger under any guise. As the fourth largest ethnic nationality in Nigeria, nobody can intimidate or compel us to give up our God-given land to any stranger against our will.

"The Federal Government has not commandeered land in any part of Katsina State to give to Urhobo farmers living there or any part of Nigeria. We are all equal stakeholders in the Nigerian project. Nobody is a second-class citizen in Nigeria, certainly, not the Urhobos".