Drug Abuse and the Circle of Casualties. 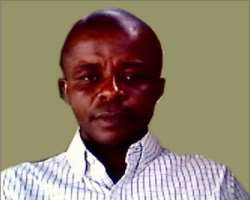 I have for a very long time lived with a notion that views drug abuse-related conversations as not just a familiar music hall act but a dangerous fiction erroneously directed to non-drug abusers. But that belief fizzled out recently at the Social Centre, St. Agnes Catholic Church, Maryland, Lagos, after my participation in a symposium on combating drug abuse in Nigeria organised by the Justice Development and Peace Centre (JDPC).

Essentially, after listening with rapt attention to the keynote speaker’s use of carefully prepared power points, properly framed arguments, vivid evidence and emotional match with the audience, to demonstrate how uncensored intake of junks in the name of food, has placed us at a higher health hazard than the conventional health risks associated with drug abuse, it became clear to me that what made the gathering crucial was not its focus on drug abuse in Nigeria but how well this new awareness on the danger of unhealthy eating will serve the interest of the participants made up of youths(students), members of the civil society groups, the media, law enforcement agents and fate-based groups.

while stating that a drug is any substance other than food or water which when taken into the body affect the way the system functions, the speaker noted that drug consumption in amounts or methods not authorized by medical professionals have in the past led to mental disorder, disrupted the abuser's education and future, poor attitude to work, health problems such as lung disease, heart disease and deaths among others.

The speaker, however, warned the bewildered crowd that a grave problem we must solve if we are to live a healthy life is the intakes of junks and other unhealthy lifestyles- as evidence abounds that it claims more lives than drug abuse.

It was also revealed that living with an active drug abuser –for example, a husband automatically makes the wife a passive substance abuser, of which the adverse effect resulting from such an arrangement in most cases appears more pronounced on the passive abuser.

In view of the above reality, we have all, like J.P Clark, a literary giant noted in his poem; ‘the casualty’, become casualties of drug-related abuses.

Further supporting this assertion are some reports from the United Nations Office on Drugs and Crimes (UNODC), made available to the participants which explain that drug dependency is both physical and psychological.

In physical dependence, the person using a drug over a period time would have developed an intense reliance on drugs, often to avoid difficult withdrawal symptoms. The person will often crave (strong desire) to use the drugs despite the damaging consequences to their physical, mental and social wellbeing. Drug users can also experience psychological dependence in which they believe it is necessary to use a drug to function some times just at social gatherings or all the time.

However, despite these scary pictures, participants were unanimous in hope and agreed without any shadow of the doubt that winning the war against illicit drugs in the country is achievable.

Of course, there were grains of truth in their optimism. But, I hold an opinion that it’s going to be difficult.

These are my reasons.
Aside from drug abuse being a major influencing factor for all forms of crimes, youth’s involvement in drug abuse has brought about an unprecedented breakdown in society and family values, increase in school drop out, and low productivity- damage that will make it very difficult to curb.

This challenge from what experts are saying is further nourished by our not being ready as a nation to confront the underlying cause(s) of drug dependency and other associated behaviours. Our unwillingness to collectively assist the abusers to focus on un-learning such negative behaviours and in its place develop the required skills and positive attitudes to achieve a drug-free society as currently preached the world over.

Very regrettably, in abandoning this responsibility, one fact we fail to remember is that drug dependence is not based on a personal weakness or lack of morals on the part of the abuser but a chronic relapsing medical condition- a reality that, in my opinion, qualifies these people for our love and not vilification or abandonment.

For a better understanding of the plights of the abusers, we must begin to imagine what it would look like if those drug abusers were to be from our families. We can imagine ourselves participating in the funerals of our dear ones that passed on, no thanks to substance abuse.

Sincerely, our failure to love and care for these drug addicts in our society, make us more socially sick than the abusers.

In all, for us to win this war, all hands must be on decks. We must learn to be good role models and empower young people to deal with life challenges and stay away from substance abuse. We can achieve this by forming drug-free clubs in our schools and also making drug education part of the curricula of primary and secondary schools in Nigeria. Teenagers need to get accurate and detailed information about substance use from trusted and reliable adults, be it a parent or a teacher.

While this is ongoing, we need a renewed emphasis on feeding habits and style.

To conclude, there are but two important sets of information. First, with current poor funding, poor personnel in number and training, this war against drug abuse may continue to be a difficult one unless something drastic is done by the government at all levels to reverse the trend. Finally, the abuser must recognize that drug abuse has both short and long term effects, but unfortunately, both lead to one destination- death.