Our Older Mothers Are Gone! 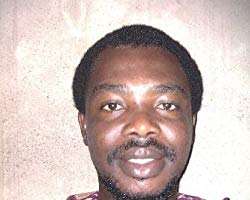 My precious Dad, till he left us his wards in flesh on March 27 2015, would leave the town for our village, without our immeasurable Mother – his wife. That’s in most cases.

Pending when he would return to the city, women married to our enlarged family (not the modern days ladies), would make sure food was not his problem. Within the period of his stay, he would eat like a man with many wives: this one would bring food, and the other was coming with her food.

This meticulous habit by our great mothers/wives was not shown to by Dad, only. Any male child who came to the village without his wife, mother or sister in the village, the old women in the enlarged family, would make sure the person was well fed.

Alas! Some of these women with the ocean of benevolence have passed away. The remaining ones are struggling with frail strength occasioned by old age. When a male child from my enlarged family goes to the village, the young women married to our enlarged family would be looking at you, so also you would be looking at them. The culture and love of our older mothers are gone!

Even! Hardly will anyone come out from his or her building to know who arrived with the Okada or motor; everybody stays in, peering through the window, to know who arrived. When they found out, very infrequent would they come out to welcome the returnee.

Lest I forget, the older women would sweep the enlarged compound and the road leading to the compound. This would be before 6am, each day. Aghast! Our new wives are yet to sweep their rooms till 11am, let alone, the enlarged family compound. Is this where we found ourselves?

Many of the modern ones have separated their surnames from our enlarged family name. Many are today bearing their immediate father’s or husband's name as surname. Against this backdrop, it will be wrong to say there is disunity, lack of love, in our enlarged family. But it will be right to say that the synergy we are building around ourselves, is unlike the throttled synergy our older ones practiced among them.

Just in the recent past, anyone returning to the village from the city would buy some loaves of bread. The person would keep some for his immediate family and share the rest with the enlarged family members. Everyone would eat, without suspicion.

Today, the culture or buying bread from the city to the village and the habit of joyously eating the bread are stories for another day. Sadly, family values and ties continue to go down the drain. Enlarged family members in the city do not know where their brothers and sisters reside. Even when they do, the quest to visit each other, like our older ones in the city were doing, has fizzled away.

We continue to watch what held us together as a people whither, all in the name of the fear of the unknown, introduced in our society by the modern days Hallelujah choristers.