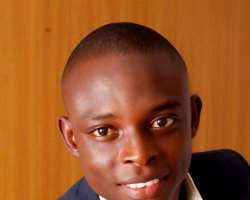 The main essence of justice in any sane society is to ensure a just and an equitable state, in which in some circumstances requires punishment for perpetrators of bad deeds to serve as deterrent to others to stay away from acts which if not treated would erode justice. The society survives because of the existence of laws and order. Otherwise, there would be anarchy, and peace in the society would be threatened. Justice is the finishing product of law and order.

Unarguably, criminals must not go unpunished but there are serious concerns over the manner poor individuals are languishing in prisons in Nigeria for committing petty acts. Justice can only be seen to have been done when necessary factors are put into consideration given the circumstances leading to actions by the affected persons.

Without mincing words, it would amount to killing an ant with a sledge hammer when poor people are hurriedly sent to prison for petty acts. Though, it might be a bit hard to demarcate the line between felonies and petty offenses since offenses remain offenses no matter the size. Yet, it would be out of place to criminalize acts, especially when punishments attached to these offenses are not commensurate with the acts.

The case of the hungry teenager sentenced to 6-month jail term by a magistrate court in Osogbo, Osun State, for stealing one sachet of noodles was a good example of blindness of the judicial sledge hammer that landed on an ant. The story of the poor boy was interesting though the space here wouldn’t permit the narration. The bottom-line is that the 19-year-old boy lost his father and no one to cater for him. He stole noodles because he was hungry. Was he really a Criminal? Anyway, I thank God for using some good Samaritan to bring the little boy out of the prison and saving him from becoming a hardened criminal in the prison where he was almost initiated into bad gangs.

While bothering that the instance above is a case of stealing that justice was done, what about instances of indigent folks arrested for hawking or loitering who end up in prisons? Are they also criminals? Some ladies resort to selling their bodies because there are no options of survival for them. Instead of providing them with better means of livelihood, these ladies are arrested and eventually jailed. Does that reflect true justice? So, what exactly are the offenses they committed that warranted imprisonment? These are petty offenses that could attract minor punishment such as community services to warn the offenders and discourage them from repeating such actions.

Praise God! Stakeholders, including civil society activists and legal practitioners are lending their voices to this effect; to decriminalise petty offenses in Nigeria. The President of Lawyers Alert Nigeria, Mr Rommy Mom observed that criminalizing petty offenses is an indication of inequality in justice delivery system in the country. Lawyers Alert Nigeria held a strategic meeting on this matter in Abuja, on June 11, for the second time, and it was well attended. The stakeholders eventually formed an alliance to collaborate, synergize and work together in advocating for the decriminalization of petty offenses in the country.

Rommy Mom, a lawyer who is also a commissioner at the Nigeria Police Service Commission frowned that arresting, humiliating and prosecuting helpless citizens over petty offenses should stop. He commended the partners for seeing this issues through the same lens as Lawyers Alert, and forming an alliance to actualise the decriminalization of petty offenses. He said the setting up of the Alliance for Decriminalization of Petty Offenses was to ensure that all stakeholders work together as a team to achieve the goal. Mr. Mom said the vision of the coalition is to achieve decriminalization of petty offenses in Nigeria by employing research, advocacy, litigation and awareness creation as tools.

The Chairman of the Nigerian Bar Association, Abuja branch, Mr Folarin Aluko said poor people have been the victims of petty offenses in Nigeria. He said when a segment of the society becomes the target of a particular law, it's an indication of inequality which also amounts to discrimination and should not be encouraged.

Aluko lamented that many citizens are languishing in prisons for committing petty offenses and that this contributes to prisons congestion across the country. He said there is need to decriminalize petty offenses just as he frowned at wrong, unwarranted and indiscriminate arrest of citizens, especially the indigent and vulnerable ones by security men, particularly in Abuja.

For Ogechi Ogu, the Deputy Director, Prison Rehabilitation and Welfare Action (PRAWA), the congestion in prisons across the country is worrisome and disheartening, especially for the fact that those who have committed petty offenses are contributing to the congestions in the prisons. She was worried that majority of victims of petty offenses are poor people who might have committed such offenses while pursuing their means of livelihood.

Mrs. Ogu condemned the arbitrary arrest of indigent citizens in Abuja by security operatives and advised government agencies to be responsible and respect the dignity of Nigerian citizens when they are discharging their lawful duties. She expressed the need to raise awareness of punishable offenses and enlighten citizens to know their rights.

With this, it has become imperative to advocate and ensure decriminalization of petty offenses in Nigeria and ensure that the real unrepentant criminals face the full wrath of the law.