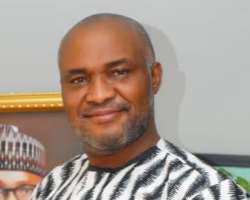 She sat amongst prominent human rights figures that Nigeria can boost off. She wore the confidence of a mother who has just successfully given out her daughter’s hand in marriage to her heart rob.

With smiles of satisfaction and accomplishment, this international diplomat born in France briefed a packed room of select credible human rights advocacy platforms in Abuja. The venue was the auditorium of the National Human Rights commission in the upscale area of Maitama Abuja.

Wondering who this iconic figure is? Wonder no more. She is Maria Grazia Giammarinario who visited Nigeria from 3 to 10 September 2018.

From that meeting we had, our platform decided to keep tab on the activities of her office with specific reference to the single most dominant criminal issue that has brought so much global opprobrium for the Country which is trafficking of our girls to Europe for sexual enslavement. Incidentally, this UN envoy presented her comprehensive report of that visit only last Month. This coincided with the move in Norway to criminalise the selling of sex which primarily became imperative when voters opted for that basically to stop Nigerian trafficked girls from hanging around the major streets of this Nordic country selling sex. The development in both Western Europe and at the United Nations reminded me of the brave efforts of the Edo state government towards stopping the menace of human trafficking for sex.

At that colourful parley in Nigeria, she beamed with smiles because as she told the audience which included this writer, her visit to Edo state was revealing and highly satisfying going by her profound sense of approval of the steps and practical measures the Edo state governor Godwin Obaseki and the paramount ruler of Benin kingdom, the Oba of Benin have put into place in the area of waging relentless war against human trafficking.

According to her, the political authority in Edo state has not just demonstrated the will power and political will to end the scourge of human trafficking for sexual enslavement in the western world which mostly draw victims from Edo state, but the traditional institution has adopted native customs and traditions to break the charms that are applied to keep these victims of human trafficking in perpetual enslavement in a bid by the barons of the multibillion dollar business to shield their identities from the law enforcement authorities around the world.

During her visit to Nigeria from 3 to 10 September 2018, the Special Rapporteur on trafficking in persons, especially women and children examined the main forms of trafficking in persons, at both the domestic and international levels. In her report, she commends the comprehensive anti-trafficking legislative and institutional framework and advocates for better enforcement and increased funding to its specialized agency for combating trafficking in order to achieve better results regarding the identification of and support for trafficked persons.

On Edo state efforts amongst others, the Special Rapporteur welcomes the establishment of 10 government shelters for victims of trafficking but is deeply concerned about their “closed” nature, which infringes the human rights of victims and survivors. She therefore recommends that the policy be urgently reviewed. She also welcomes the establishment of the Edo State task force against human trafficking, commends the work of civil society organizations and advocates for a dedicated government fund to finance their projects. She emphasizes that, especially in the context of forced or voluntary returns, long-term measures aimed at social inclusion are needed to provide survivors with viable alternatives and prevent retrafficking. Prevention measures solely aimed at raising awareness of the risks of migration have proven ineffective and should be coupled with meaningful economic empowerment measures, such as job creation, business skills training and extensive tutorship during the start-up phase of a business.

The UN was told that in September 2018, at the invitation of the Government. The objectives of the visit, which included meetings in Abuja, Lagos and Benin City, were to examine the prevalent forms of trafficking in persons and to assess the effectiveness of measures taken by the Government to prevent and combat trafficking and protect the human rights of trafficked persons.

The Special Rapporteur expresses her sincere gratitude to the Government for its invitation and for the full cooperation extended to her prior to and during her visit. She met with representatives of the Ministry of Foreign Affairs, the Federal Ministry of Justice, the Federal Ministry of Labour, the Ministry of the Interior, the National Emergency Management Agency and the Office of the National Security Adviser. She also held meetings with the National Agency for the Prohibition of Trafficking in Persons, the National Human Rights Commission, the National Commission for Refugees, Migrants and Internally Displaced Persons and the Office of the Inspector-General of Police. She exchanged views with the delegation of the European Union and with the United Nations country team. She also visited a shelter for victims of trafficking in Abuja run by the National Agency for the Prohibition of Trafficking in Persons and other shelters run by civil society organizations, such as the Women Trafficking and Child Labour Eradication Foundation, the Committee for the Support of the Dignity of Women and the Society for the Empowerment of Young People in Abuja, Lagos and Benin City respectively. She is grateful to the resilient survivors who courageously shared their experiences and aspirations in the hope of effectively preventing and combating trafficking in persons.

The UN envoy said she found out that Nigeria remains a source, transit and destination country for victims of trafficking. Victims are trafficked to Europe through the central Mediterranean route, but also to Gulf States, the Russian Federation and West and Southern African countries for the purpose of both sexual and labour exploitation.

Some she said are already recruited by their traffickers in the country of origin; others may start their migration journey voluntarily. However, owing to the absence of safe and regular migration channels, the vast majority of them falls prey to traffickers in transit countries, such as Libya, and are subject to all forms of human rights violations, including torture, rape, extortion, forced labour, sexual and labour exploitation amounting to trafficking and contemporary forms of slavery.

According to the National Agency for the Prohibition of Trafficking in Persons, in 2017, 1,890 victims were rescued, of whom 23.7 per cent were men and boys and 75.3 per cent women and girls. The majority of Nigerian victims came from Edo State and, to a lesser extent, Delta and Benue States.1 of the 1,890 victims rescued in 2017, according to the Agency, 89 of them originated from outside Nigeria, mainly from Benin and Togo.

Poverty, displacement, economic hardship and unemployment, especially among young people, and restrictive European migratory policies, gender inequality, discrimination and stereotyping, coupled with strong traditional practices and beliefs are identified as the main root causes of trafficking in persons in Nigeria. She poured encomium on the Edo state administration in the report to the UN.

She narrated however that despite the modest efforts, multiple factors contributing to this phenomenon also include the disruption of family and community support systems.

The large profits generated for the traffickers in Nigeria, coupled with the high level of impunity and the well-structured and adaptable nature of the Nigerian trafficking networks, are among the reasons for its endurance.

Published last month in this latest report, Edo state significantly featured even as the heroic efforts of Governor Godwin Obaseki were loudly celebrated.

But to my greatest shock, the Edo state governor did not even celebrate this phenomenal feat.

This is the reason for this reflection.
But the government preferred implementing concrete measures such as;

· Law to prohibit human trafficking has been enacted

· Over 4,744 returnees have been received from 54 batches since the last quarter of 2017 till date

Closely following the above steps, the Edo state governor Godwin Obaseki signed the bill to address all forms of violence and protect vulnerable members of the society. Other concrete efforts made to provide good governance are the investments in providing efficient security architecture through the following steps:

· 180 more PHCs to be located across the local government areas of Edo State.

· Training of over 200 health workers, with 1700 shortlisted to partake in programme