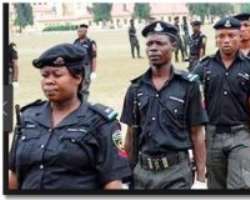 No fewer than 210,150 persons have been shortlisted for recruitment into the constable cadre of the Nigeria Police Force, the Police Service Commission has announced.

The exercise is scheduled to commence July 1 and end July 28. It will hold in the 36 states and the Federal Capital Territory, ends on July 28.

A statement by spokesman for the PSC, Ikechukwu Ani, on Wednesday said they had contacted the candidates.

The PSC is expected to recruit 10,000 out of the candidates.

According to the statement, the commission received 315,032 applications at the close of its recruitment portal on January 11, adding that Niger State had the highest number of applicants, with 12,247 shortlisted for screening while Lagos had the least with 1,305.

With 1,414, Bayelsa State emerged as the second lowest after Lagos, followed by Anambra State with 1,415.

Chairman of the commission, Alhaji Musiliu Smith, a former Inspector-General of Police, warned the candidates against cheating.

He said, “Anyone caught in any criminal act will be handed over to the police for investigation and prosecution.”