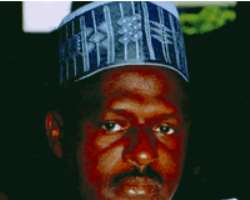 NAC DG, Aminu Jalal
At last, sanity seems to be on the way to the nation's auto sub-sector as the body charged by the Federal Government with the growth and development, as well as other relevant fundamental matters in the industry, the National Automotive Council (NAC), palns to introduce measures to tackle the prevalence of poor quality automotive products in the Nigerian market.

The Engineer Aminu Jalal-led Automotive Council, in collaboration with Standard Organisation of Nigeria (SON), plans to establish a functional Auto Test Centre for auto components testing and certification with a view to ensuring that only the best quality auto products are allowed for consumption. Testing process will be guided by existing ISO (International Organisation of Standardization) standards.

Information obtained exclusively from the office of the NAC Director-General, indicates that the first phase of the programme will also involve the establishment of an Auto component Testing Lab; an Emission Testing Lab, a Vehicle Evaluation lab, and an Automotive Material lab, while the second phase will feature the setting up of a Power Train Development Lab, a Fatigue/Structural Evaluation lab, a Noise/ Vibration lab, and an Auto Electronics lab.

It was gathered that the initiative by NAC has the full blessing of the Federal Government, which is said to be worried too that the country has been turned into a dumping ground of sorts by importers of sub-standard vehicles and parts from mainly Asian countries.

In the planned test centre, NAC will have various roles to play, especially in advancing the course of stamping out cheap, fake and poor quality parts which presently dominate the market, thereby forcing some marketers of genuine brands out of business. The situation had at various times over the years prompted an SOS from stakeholders who were alarmed by the heavy toll on vehicles and the contribution to road crashes.

When completed, NAC, SON and other stakeholders will be taking all auto components locally produced or imported into Nigeria through homologation tests.

At the forum, International Organisation of Standardization (ISO) standards were reviewed under the chairmanship of Engr. Tunde Zedomi of the Nigerian Society of Engineers, who is also a NAC board member, while the Executive Director of NAMA and a NAC board member too, Arthur Madueke, deputized him.

At the end of the review exercise, about 43 ISO Standards were adopted as SON/NIS standards which shall be effective for testing and certification of auto products in Nigeria has soon as the test labs are in place.