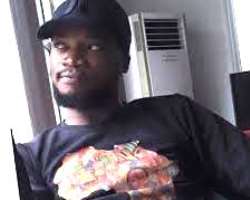 Tragedy has once again struck the Nigerian movie industry as a fast-rising filmmaker and script writer, Kagho Harley Akpor popularly known as KP, got drowned at the swimming pool of a popular hotel (name withheld), in Asaba, Delta State.

It was learnt that the sad incident occurred Monday afternoon at the hotel (name withheld) where the filmmaker had gone for relaxation.

The incident was said to have caused pandemonium at the hotel premises when the Delta-born writer could not survive the incident.

Although details of the incident were still sketchy as at press time, sources said KP as he was fondly called, drown midway into his swimming expedition.

The Nollywood practitioner was said to be filming a movie in Asaba but was not on set at the time the incident took place.

It was not clear if the deceased died as a result of his inability to swim.

Sources stated that as at the time he was rescued from the water, a lot of damage had been done.

A relation of the deceased confirmed the death of KP to The Nigerian Voice on Tuesday but declined to give details of the incident.

The source described the passage of the fast-rising script writer as painful and horrible.

However, friends of the deceased have taken to his Facebook page to express their condolences.

Adeleke however said the deceased was not on a movie location when he allegedly drowned, but that he simply went to the swimming pool for other reasons when it occurred.