The path to Next level 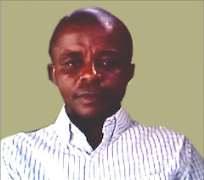 With the February 2019 general electoral over, and the intrigues that surrounded the out-of-the-ordinary election of the 9th Assembly principal officers rested, we are now collectively in the enlightened national interest faced with a greater responsibility of delivering our nation from the snares of dangerous political and socioeconomic delusions-via sincere contributions when we can and objective criticism when we should.

Aside from the fact that success requires a careful analysis of the various kinds of knowledge needed to make innovation possible, assisting Mr President with useful roadmaps to the next level has become eminently desireable considering nationwide consensus that though he tried his best, his first term was wantonly characterized by insecurity, poor strategy for development, bureaucracy, lack of focus on sectors that will improve the condition of living of citizens such as education, health and agriculture; as a consequence, led to the affirmation of Nigeria as the world poverty capital.

A development analysts believe has its root in the administration’s constant blame of others for failed projects and inability to live up to expectation.

To highlight these points, it is said that the first responsibility of a leader is to find the right people as the key to the success of every administration depends to a greater extent on the quality of people in charge. The need for Mr Preisident to find Nigerians irrespective of party affiliations to help stimulate, and sustain economic growth, sustains stability and encourages investments that create wealth, without necessarily recycling the outgone member is imperative as attempting to engineer prosperity with the same structures that created failures will translate to a mere waste of time.

Mr President must recognize that the first opinion that is formed of a leader’s intelligence according to Niccolo Machiavelli is based on the quality of men he has around him. When they are competent and loyal he can always be considered wise, because he has been able to recognize their competence and to keep them loyal. But when they are otherwise, the ruler is always open to adverse criticism; because his first mistake has been in the choice of his ministers.

More important than the above is the need to base all appointments on the provisions of Paragraph 8(1)(b)of Part 1 of the third schedule of the 1999 constitution, which among other provision clearly stipulates that the Federal Character Commission must ensure the equitable distribution among federating units of all appointments and positions iat the federal levels.

Talking about the security challenges in the country, the President must recognize that for Nigerians that lost their beloved ones to insecurity within the last four years, it is almost impossible to say anything that can console them at these critical moments of their existence or remove their frustrations and disappointment towards this administration without first redesigning the security architecture of the country as it is obvious that some of their strategies are no longer working.

Supporting this the position is a similar call by Adewale Martins, the Catholic Archbishop of the metropolitan see of Lagos, where he noted that the adverse implication of not taking steps to address the insecurity in the country is that by the time different people begin to seek ways of protecting themselves and taking the protection of their lives into their own hands, it could lead to anarchy, which will not be good for the country. Adding that, whatever the government is doing in terms of security is definitely not enough. And suggested that if it means changing personnel and rejigging the security apparatus, then, it needs to be done because that is what determines the corporate existence of our nation at the moment.

However, if there is any new awareness created by the present security challenge in the country which the government must draw a lesson from; it is the interrelatedness of sound economy, education and security. As it's now obvious that a nation requires a sound economy to pay for new weaponry and a highly educated and trained people who can ingrate the various arms into one system and operate them effectively and efficiently.

Very instructive also, finding a solution in my views to the societal problems vis-a-vis youth unemployment and developing a climate of sustainable future is of urgent importance. Talking about youth unemployment in Nigeria, it is no longer a piece of news that ‘we are in dare state of strait because unemployment has diverse implications. Security wise, large unemployed youth population is a threat to the security of the few that are employed. Any transformation agenda that does not have job creation at the centre of its programme will take us nowhere’

Youths challenge cuts across, regions, religion, and tribe, and have led to the proliferation of ethnic militia as well as youth restiveness across the country. This may, in turn, hamper the peace needed if handled with levity. But this threat has become more pronounced in the oil-rich region of the country with the chunk of the proponents spearheaded by the large army of professionally-trained ex-militants currently without a job. It is only by engaging these teaming youths through employment creation that the incessant youth restiveness can be abated.

About the nation’s restructuring, from what people are saying –if there is a common denominator for restructuring, it's that broad segments of the nation feel justifiably marginalized. The south-south claim continued deprivation and blight from oil pollution, despite being the hub for the nation's oil wealth. The south-east legitimately gripes that nothing will change the history of the Igbo being divested of some of their properties and wealth after the war and being handed only twenty pounds each; and that fifty-six years after independence, the Nigerian presidency continue to elude the Igbo’

Going by this reality, it calls for the development of political will that transcends rhetoric to finding answers and soon to this nagging challenge.

I know that if the nation is restructured, it will not as being speculated in some quarters brings hatred or acrimony among the federating states. It will neither bring impunity nor dehumanization of men by men. All it can do is to cure Abuja of its current ‘obesity’ via devolution of power and repair the wobbling tripod called Nigeria. And implementing the already existing template: the Report of the 2014 National Conference is all we need to bring these to fruition.

On the environment, it is glaring that danger exists. And there are three ways to identify this fact. We have the desertification in the north; coastal erosion and degradation in the south and gully erosion in the east; this needs to be confronted.

Above all, this piece will be considered an incomplete without adding as part of the roadmap the urgency of having the petroleum industry bill signed into law.