Is the Judiciary besieged? 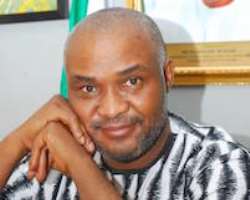 “If your desire is for Good, the people will be Good”

Confuicius (551-479BCE)
There is now the national conversations around the theme of how well we can contextualize the Nigerian judiciary as an independent arm of government as provided for in the constitution of the Federal Republic of Nigeria of 1999 (as amended) and with specific reference to section 6.

These conversations in Nigeria are as old as the return to civil rule in 1999 but the intensity and tenor of the conversations have assumed a frenetic dimension as I write.

The first institutional group to throw the salvo was the Nigerian Bar Association (NBA) which is as far as possible one of the strongest pillars that advocates constitutional democracy in our climes.

This body of lawyers has just issued a verdict indicting the executive arm of government of seeking to emasculate the judiciary.

The private bar is of the opinion that the dispensation of justice in Nigeria is now imperiled by a fear factor and a clear case of judges who are arbiters in the supposed temple of justice now dishing out justice like cowards because as it were the institution of the judiciary is besieged by the overbearing executive arm of government. This is as dangerous as it can ever be because if those who dispense justice are themselves encumbered by external forces it is almost like chanting a Nunc dimitis to the much canvassed and much cherished integrity and independence of this strategic arm of government. But these interferences are both centripetal and centrifugal, if you ask me. This is what this piece is set out to argue.

We the begin with the Nigerian Bar Association's criticism of what it calls “pervasive insecurity of lives and property in the land” and what it described as “systematic erosion” of the independence of the judiciary in its most recent publication.

The association said judges and lawyers had been so intimidated and blackmailed by the Federal Government that they nursed the fear of being visited with “inquisitorial terror” should they rule against government or take briefs considered to be anti-government. This position has come exactly 48 hours after the European Union's election monitors adjudged the 2019 polls as manipulated even as this body graphically gave the example of the executive interference in the administration of the judicial arm of government culminating in the unconstitutional removal of the last occupant of the office of Chief justice of Nigeria as a working example.

The NBA President, Mr. Paul Usoro (SAN), said this in a speech he delivered and unanimously adopted by the National Executive Committee of the association at its meeting held on Thursday. The speech was made available to journalists very recently.

Usoro said the level of insecurity in the country and the attack on the independence of the judiciary and the legal profession constituted a threat to the rule of law, and by extension the country’s democracy.

“These twin elements – rule of law and security of lives and property – are what drive society and the economy. It would be revealing if we were to have proper and verified statistics on the investment opportunities that have been lost by Nigeria because of these twin pervasive challenges: insecurity and the erosion of the rule of law.

Usoro also said the climate of fear instilled by the Federal Government undermined the independence of the judiciary and the ability of the judges to act confidently without fear or favour in dispensing justice.

He said, “ Our judges are threatened, intimidated and blackmailed mostly by the executive arm of government and their agencies both at the federal and state levels. So, we have judges literally walking on egg-shells, notably where governments and their agencies have interest in matters that they adjudicate upon.”

Besides the obvious fact that the threats hanging on the neck of the judiciary like a sword of Damocles has become increasingly loud, this allegations of executive interference has almost become a recurring decimal.

During the year 2007 all Nigerian judges conference, the then president of the court of Appeal, incidentally under whose purview as interim chairman of the National judicial council currently that further alarms of threats and harassment from the executive have become widespread, Umaru Abdullahi, had delivered a talk on judicial integrity whereby he also accused the executive of interferences.

Each arm, he said, is supposed to work in harmony with the other, without necessarily interfering or overloading it on the other. This is where the problem lies. He then asked, Can it be said in all honesty that the Nigerian judiciary received a fair deal in relation to other arms of government in the discharge of its constitutional responsibilities? Justice Umaru Abdullahi the President of Court of Appeal as he then was answered that, "I thought not.”

These verbal salvos by the private bar has found a re-echo somewhere when the national chairman of the opposition people’s democratic party backed the Nigerian Bar Association (NBA).

The PDP national chairman Uche Secondus noted that Judges and Justices by their calling cannot speak out publicly even if they are under pains except through the bar as has been eloquently and timely done by the bar association and said that all democratic watchers should note this concerns.

He said that the PDP has continuously raised the alarm over the gradual erosion of the doctrines of separation of power by the APC administration as the nation watch helplessly as the executive continues to muzzle the other arms of government including even the press.

In a researched paper on the doctrine of separation of powers, edited by the then Director General of the Nigerian Institute of Advanced Legal Studies, Professor I.A. Ayua, we learnt that although the three arms of government are separate but they are not absolutely independent of each other but work in synergy.

That scholarly research then affirmed that: "Human nature being what it is, ‘the passions of men will not conform to the dictates of reason and justice without constraints”.

I agree with the submissions of the leadership of the Nigeria Bar Association regarding the state of siege under which the judiciary operates.

But this is same with all other critical functionaries in the non-governmental and civil society institutions who are constantly looking over their shoulders to dodge ‘bullets’ literally shot on regular basis by the executive arm of government with very low tendency for tolerance of dissenting opinions.

There is however the side of this debate that we ought to expose.

This is precisely the questionable role of the judicial officers themselves who have made themselves willing tools in the hands of the presidency to undermine the independence of the judiciary. There are judges today known as being sympathetic to the ruling All Progressives Congress just like what obtains even under a previous administration controlled by the Peoples Democratic party. Some judges once a matter is handled by them and such touches on the validity or otherwise of certain administrative actions of the President, an observer can safely guess what outcome would result there from. These judges are shamelessly predictable. These unprincipled lots are suspected of having skeletons in their cupboards and have been found out by the anti-graft agencies and are now under intense regime of blackmail by the executive arm of government. These sets of bad judges are operating under a siege mentality in addition to the general climate of fear hovering all around the judicial bench from the all conquering executive arm of government.

I must state that the role played by the National judicial council under the interim headship of the erstwhile court of Appeal’s president Umaru Abdullahi is not salutary.

The biased and jaundiced nature of handling the controversies that trailed the illegal unseating of the immediate past chief justice of Nigeria Walter Onnoghen has contributed to the atmosphere of executive siege under which the judiciary now operates.

In that 2007 talk delivered by Justice Umaru Abdullahi, he alluded to what he identified as qualities expected of a judicial officer so as to protect the integrity and independence of the institution.

He listed them as follows:
· Judiciary must put its house in order and act unanimously from the point of strength and dignity;

· Heads of Courts must provide the necessary leadership qualities by putting in place policies that can promote a sense of belonging to all Judges under their leadership;

· Ambitious Judges should control their ambitions and stop undermining the position of their respective Heads of Court in the interest of the Judiciary. At the end of the day, they will also be losers. They stand the risks of being dumped after they were used;

· The Judiciaries at all levels must work together and take a common stand to force State Chief Executives to respect the Constitution of the Federal Republic of Nigeria with regards to funding of the Judiciary. Enough is enough; and

· Heads of Courts are duty bound to work hard to create an amiable environment for Magistrates, Area/Customary/Sharia Judges and all supporting staff of the Judiciary to have a sense of belonging and be appreciated.

If truth be told, Justice Umaru Abdullahi should have played the role of an unbiased umpire by asking both justices, Onnoghen and the acting Chief justice of Nigeria Tanko Muhammad to quit the judiciary since their continuous stay have run into stormy waters largely due to the internal dynamics that were activated selfishly to let in the executive to drive a wedge amongst the two top jurists in Nigeria. But when the opportunity came for the retired jurist to practice what he preached, he failed the 'integrity test' going by the contents of his 2007 lecture. That he led the NJC to side with President Muhammadu Buhari over the irregular appointment of the current Chief justice of Nigeria Tanko Muhammad is the single most potent contributor to the climate of fear bedevilling the Judiciary.

That division opened by the unjust removal of a Christian born jurist Walter Onnoghen to make way for the Moslem born Tanko Muhammad touched even ethnicity and religious divides which are at the core of the foundational political discord in Nigeria and has fundamentally led Nigeria to the current quagmire of having all the heads of the three arms of government domiciled in the hands of persons of Moslem religion as against Federal character principle of section 14(3) of the constitution. This is the nitty gritty of the state of siege erected by the presidency tearing down the walls of independence of the judiciary. However, the desire of the executive to undermine the independence of the judiciary is definitely not for any good or altruistic reasons but is selfish and self serving.