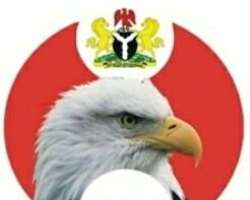 The Zonal Head, Friday Ebelo, made the disclosure on Monday, during a press briefing held at the Commission’s office, Iyaganku GRA, Ibadan.

Ebelo who took over headship of the zone on January 31 added that the zone has made tremendous success within the period.

“With the unwavering support of our Chairman and other stakeholders, the zone has recorded remarkable successes in the period under review,” he said.

According to him, the zone received 481 petitions out of which 117 were rejected because they did not fall under the Commission’s mandate. Out of the remaining 364 that were approved for investigation, 107 had investigations on them concluded with cases filed in court.

“We were able to secure 83 convictions out of the 107 cases filed at different courts within the zone. That represents 83% of the total number of cases” he added.

While speaking further on the money recovered, Ebelo said: “Others in foreign currency include $39,125 (Thirty-Nine Thousand, One Hundred and Twenty-Five United States Dollars), €1,800 (One Thousand, Eight Hundred Euros) and £50 (Fifty Pounds).”

The EFCC’s Ibadan Zonal Head also said the last six months witnessed the recovery of 65 vehicles among which 54 were registered.

While appreciating the Nigerian press for its partnership with the Commission, Ebelo sought cooperation with members of the public, saying the fight against corruption would only yield fruit if every Nigerian shows commitment.

“This is our country and we all have the responsibility to make it better for ourselves and the coming generations. If we fail to act, we will all suffer the consequences. Let us work together to ensure that corruption is reduced to the barest minimum so that we will all enjoy peace, security and development that are much more guaranteed in orderly and crime-free society,” he submitted.