Okowa's Principal Secretary Reaches Out To Youth With New Technique 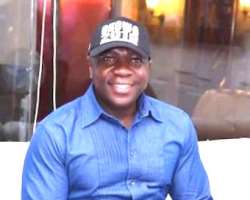 To further get youths whom the government may not be able to reach by way of taking them from the streets, the Principal Secretary to the Delta state governor, Mr. Hillary Ibegbulem, has deviced another means tagged: "Hilarified", to bless Delta youths across the three senatorial districts.

The Principal Secretary through his aide on Social Media, Mr. Elvis Akpobi, has placed smiles and hope on the faces and lives of youths whom life have not been friendly to.

Akpobi, who doubles as the state leader, Not Too Young To Lead, a youth advocacy group that sells hope and instills good morals on fellow youths in this exclusive interview with The Nigerian Voice correspodent in Asaba, disclosed that the term was deviced to give hope to the hopeless.

In his words: "Hilarified is a culture of creating room for others. It’s a culture of giving people hope, giving you an unexpected joy".

While sharing his own experience in life on how he came to the state capital with just a per of jean trouser, he said he was not sure of lunch aftre breakfast, disclosing that his inbox is now filled daily with requests of assistance from one person or the other.

Hear him: "Look, I have been in this Asaba with just a jean trouser, if I take breakfast in the morning I’m not sure of lunch. So, I know what the average youth out there is passing through. So, sometimes, if I go out in the morning with N10, 000, if I take care of myself from that money, I don’t take more than N3, 000, it’s either I need this or I need that from different people.

"I keep saying it, you don’t need to have millions before you can change the world. Let me digress, sometimes, I can just stay, I will tell him lets give hope to some young persons today without sentiments. I will check online. I will pick three or four persons. I will say send me your account details.

"Of recent, I got a message from a youth that was depressed. I asked him the problem, he said he is into debt. I noticed his case was beyond me, I told my boss the case. He has confidence in me. He said remind me. In the next three days we will Hilarify that person. That is just what Hilarification is all about. It is just creating room for other persons. And to me, I keep saying it everywhere, I’m 100 percent Hilarified".

Asked to describe his boss, he said: "He is an embedment of intelligence. Some times, I feel he was once in my shoes, he has been there in the street. So he feels the pain of everybody. He is a disciplined young man, receptive in nature. From afar you think that this guy is not receptive but he is very receptive. He is also a good listener", pointing out that he would loved to be nurtured under him.

He continued: "When we call him the lion heart of Africa, it’s not just for saying sake. He has the heart of gold. He meant well for every young person irrespective of ethnic inclination, social strata. When I need him to do something, he does not ask where the person is coming from. I cant remember him asking me that. The two cars I delivered last, he doesn’t know the people. He is a good ambassador of this government".

He alley insinuations that his boss has stolen the stage from the state governor, "When we do things its not that we are showing off, but my dear if a state cannot develop its people, how do you make sure there is peace. It’s to make sure the youths which is about 60 to 70 percent of the population feel the impact of governance.

"A lot of these youths you see restive, its because they’ve given on themselves but when you give them that sense of belonging, you see everybody will be happy, there will be development everywhere. You won't hear rhat somebody was kidnapped when everybody has something they are doing", Akpobi, popularly called Hon Major, by his teeming admirers, stressed.