Firestorm of insecurity and impunity in Nigeria 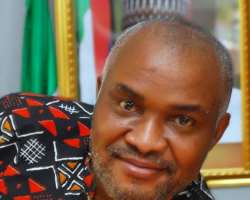 In the preambles to his scholarly work on international law, he had stated as follows: “law is that element which binds the members of the community together in their adherence to recognized values and standards. It is both permissive in allowing individuals to establish their own legal relations with rights and duties, as in the creation of contracts, and coerave as it punishes those who infringe its regulations.. Law consists of a series of rules regulating behavior, and reflecting to some extent, the ideas and preoccupations of the society within which it functions”.

Throughout all of the different presentations on the essence of nationhood, the essential place of law and order is not in doubt because as we have seen above, it is law that defines the building up of all societies.

Aristotle (384-322 BCE) who is considered one of the fathers of philosophy was of the considered opinion that “law is order, and good law is good order”. Aristotle said that what distinguishes man from the other animals is his innate powers of reason and the faculty of speech, which give him a unique ability to form social groups and set up communities and partnerships.

The great thinker proceeded further to define the role of law when applied holistically in a human community and concluded by affirming that stability and security of lives and property of the citizenry is the resultant consequence of enforcement of the rule of law.

Hear him: “Within the community of a polis (city state), the citizens develop an organization that ensures the security, economic stability and justice of the state, not by imposing any form of social contract but because it is in their nature to do so. He rationalized that how well the citizens succeeds in achieving the goal of the enforcement of the law is totally reliant on the form of government they put in place.

Having said all these aforementioned, we will begin by asserting that as we set out to reflect on the apparent unworkability and dyfunctionality of the mechanisms for law enforcement in Nigeria represented by the near anarchy that defines our current socio-political status, it is pivotal to assert that from the benefit of hindsight, the causative agent of the swirling instability and insecurity is the decision of those who wield political power to embrace impunity.

No doubt, Nigeria operates a constitutional democracy with all the inherent statutory provisions which sums up the fundamental opinion that there is a legal system in place. There are institutions set up for the purposes of driving the process of rule of law so the wheel of societal progress is not unwittingly undermined.

Also, the grund norm in operation which is the 1999 constitution obliges government officials to abide by the laws even as there are legal sanctions for the violations of these provisions of the law. In the earliest part of the constitution, section 1(1) states that: “This constitution is supreme and its provisions shall have binding force on all authorities and persons throughout the Federal Republic of Nigeria”..

The significant import of the above stated provision of the Nigerian constitution is that law breakers ought to face institutional sanctions and these sets of legal punishments will serve as effective deterrent against reoffending. However, what we have continued to witness in the past few years is that the persons charged with the legal functions of enforcing the sets of laws in Nigeria may either have been compromised, are grossly inefficient and/or deliberately ineffective. Government functionaries more often than not violates and DISRESPECTS binding decisions of the Courts of law.

Conversely, there is this methodology of 'vigilante justice' that those at the helms of affairs have embraced in place of wielding the big stick against offenders who have made life miserable for millions of peace loving citizens.

The police as well as other security forces are more interested in the drama of law enforcement than in the practical application of the mechanisms of effective law enforcement which must of necessity terminate in the successful prosecution of suspected offenders and not just to dwell so much in what at best can be considered mere media trials of persons who ought to face the full weight of the law.

The immediate consequences of neglecting speed, decisiveness and thoroughness in the enforcement of the relevant laws against violent offenders is the gradual violations of all the fundamental rights that the citizens are entitled to which are grouped as first, second and third generation rights.

This is closely followed by the second groups of rights or so-called red rights which are the social and economic rights. These rights deal with how people live and work together, and the right to basic necessities such as food and water.

It must be stated that much of what is crude oil rich Niger delta region is in turmoil and environmentally damaged because government isn't responsible enough to ensure respect for the environmental rights of the citizens. Few days back a deadly gas explosion led to the killings of more than 50 people in Rivers State.

This deliberate employment of impunity by functionaries of government has now led Nigeria to a firestorm of insecurity and instability to an extent that world leaders have noticed. The government of Theresa May of Great Britain believes that over half of Nigeria is not safe enough for their citizens to visit.

This month, the Foreign and Commonwealth Office of the United Kingdom warned British nationals against travelling to about 21 states in Nigeria over security concerns.

The travel warning posted on its website and updated thereafter reportedly stemmed from the worsening security situation occasioned by the Boko Haram terrorists’ attacks in the North East, armed banditry in the North-West and militancy in the South-South.

Specifically, the FCO advised against all travels to Borno; Yobe; Adamawa; Gombe; and the riverine areas of Delta, Rivers, Akwa Ibom and Cross River states.

The British government also cautioned against trips to within 20km of the border with Niger and Zamfara states.

The FCO further advised against all but essential travel to Bauchi, Zamfara, Kano, Jigawa, Katsina, Kogi and within 20km of the border with Niger in Sokoto and Kebbi states including the non-riverine areas of Delta, Bayelsa, Rivers and Abia States.

Apart from stating that this British travel ban has come at a time of grave economic challenges for a lot of the citizenry, it is also helpful to stress that government’s failure to effectively prosecute the suspects arrested for all kinds of violent crimes is the main reason for the spiraling situation of violence all across the country.

Let us closely examine some of the flashpoints of these violent crimes. In the North Western state of Kaduna, armed Fulani herdsmen have consistently raided Christian dominated southern Kaduna state and have slaughtered hundreds of farmers including the destruction of farmlands.. On March 16th 2019, the Kaduna state government confirmed attacks and killings of nine villagers in a place known as Nandu in Sanga local government area council.

The statement read: “The Kaduna State Government has been briefed by the security agencies on the killing of nine persons by criminal elements, who attacked Nandu village in Sanga LGA, in the early hours..."

Early this month, the governor Aminu Tambuwal of Sokoto State attended the funeral of 25 persons killed by bandits in a fresh attack which occurred in three communities in Rabah local government area of the state.

Not fewer than 51 persons have been feared killed in the latest clash between the herders and farmers in Taraba State, a Catholic priest, Rev. Fr. Cyriacus Kamai, said on Friday, June 1st2019.

The 51 farmers were reportedly killed in 11 villages of Ardo-Kola Local Government Area and suburbs of the state capital, Jalingo.

Rev. Fr. Kamai, a native of Kona in Jalingo who delivered a sermon at the Remembrance Mass for the 51 deceased held at the Church of Assumption in Kona village, said the 51 dead have been buried.

From the North Central, gunmen suspected to be Fulani herdsmen attacked Agatu community in Benue State and killed 16 people while many others were injured this year.

Recall that suspected Fulani herdsmen attacked some communities in Agatu Local Government Area of the state in 2016 and hundreds of people were killed.

In the renewed attack in the early hours, 16 persons were murdered in their sleep by the suspected Fulani herders.

According to a community source, the herdsmen attacked Ebete community under Usha ward of the Agatu Local Government Area of the state in the night.

From the South East came the report that some herdsmen reportedly killed a woman at Amofia, Affa in Udi Local Government Area of Enugu State, Wednesday.

The woman’s name was given as Mrs Paulina Agadife.

From the South South is a report that no fewer than five persons have been killed following a cult related clash between two rival groups in Ughelli Community, Delta State, in the early hours around December 2018.

It was gathered that the two rival groups, Vickings and Eiye confraternities, engaged in supremacy battle in Ekiugbo Community, Ughelli North local government area of the state.

The South West is a hotbed of armed fulani herdsmen instigated kidnappings and the zone is boiling too with the story in April this year that suspected herdsmen attacked Eda, one of the communities in Iyemero town, in Ikole Local Government Area of Ekiti State.

Invading the town in the wee hours, they killed two people and inflicted various degrees of injury on three others.

Residents identified one of the dead as Danjuma Ali, a Muslim farmer, while the identity of the second person whose body had been deposited in the morgue of the General hospital, Ikole Ekiti, was still unknown as of the time of filing this report.

Still on the emerging story of lawlessness, at least seven people were reportedly killed in the robbery attack carried out by an eleven-man gang when robbers hit a branch of First Bank in Idoani, Ose Local Government Area of Ondo State on April 9th 2019.

The robbers were reported to have stormed the town in the afternoon shooting sporadically.

They broke the bank’s security doors with an explosive device.

The bank is the only commercial bank in Idoani, serving the other neighboring towns as well.

From East to North, North and South, a common denominator is the emerging scenarios of festivals of deaths and violence even as government appears unwilling to confront and tackle these armed killers. This growing impunity may precipitate a wider scale of anarchy and doom if the citizens do not stand up and defend their rights. Government must be held accountable..